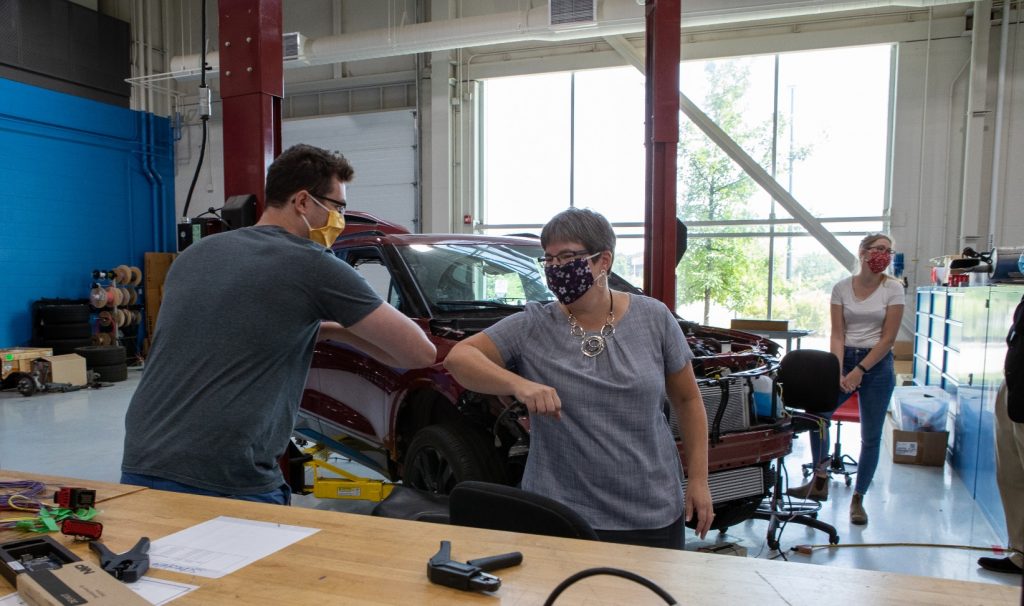 Powered by strong reputation for innovation, world-class education and research with an impact, as well as by high scores in student services, McMaster is ranked fourth in the Maclean’s annual rankings of Canadian universities.

This is McMaster’s third year holding that position in the category for universities with a broad range of research and PhD programs, including medical schools.

McMaster also climbed to fifth position in its ranking for Student Experiences, and held the same position in Maclean’s reputation rankings, continuing to build on positive trends in recent rankings around the world.

“McMaster’s position in Maclean’s rankings reflects our commitment not just to our students, but to advancing health, well-being and sustainability,” says President David Farrar.

“It also reaffirms that the work our students, our researchers and our partners are doing here and around the world  continues to make a genuine difference in our communities.”

Maclean’s also provides rankings for individual program and academic areas. The DeGroote School of Business is ranked seventh, the Faculty of Engineering is sixth and Nursing ranked #4.

In September, McMaster was named one of the world’s top 70 universities, climbing to 69th position in the Times Higher Education rankings.

Earlier this year, Times Higher Education ranked McMaster 17th in the world for its impact at home and globally. The University Impact Rankings are based on the United Nation’s Sustainable Development Goals (SDGs), a call to action to end poverty and hunger, protect the planet, and to address the most pressing challenges of our time.

For the past three years, McMaster has been named Canada’s most research-intensive university by Research InfoSource.