“Telling is not enough: people have to see and feel what’s being done.” 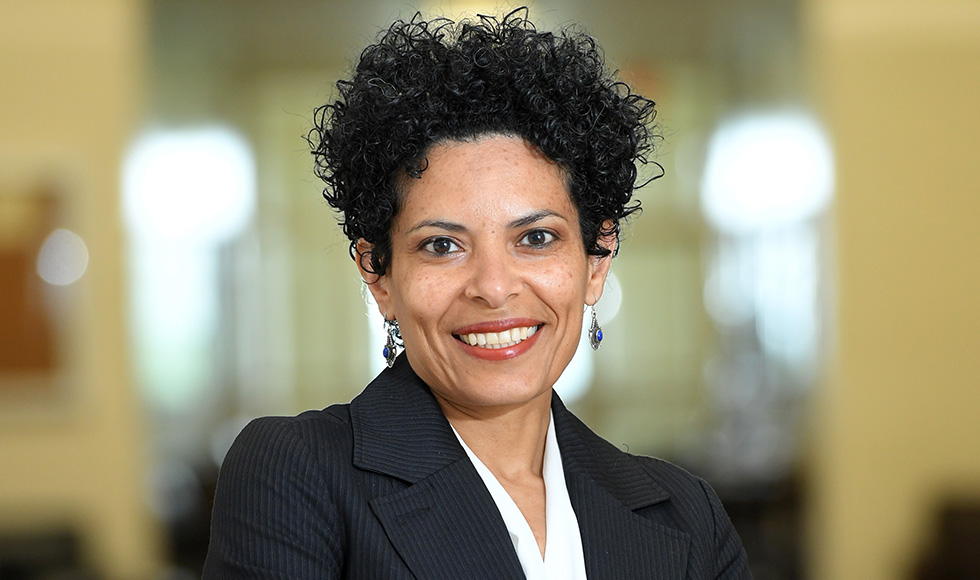 McMaster’s Associate Vice-President Equity and Inclusion, Arig al Shaibah, talks about anti-Black racism, the long haul of institutional and cultural change, and why, through it all, she’s hopeful.

Q: Last week, you were going to share a one-year update with the McMaster community on the Equity, Diversity and Inclusion Strategy. Instead you were dealing with complaints about racism involving McMaster students. How did that feel? Was there a disconnect?

A: Actually, I think there’s a strong connection. It’s why we need to have an EDI strategy. The strategy isn’t going to eliminate the fact that we will have emerging issues and crises. But it will improve our ability to respond. It will improve how receptive the community is going to be to our response, because they will already see we’re in that space. It’s a matter of credibility.

Q:  You’re saying the timing for talking about this could not be more relevant.

A: Sadly yes. We’ve been trying to move EDI forward and for many different, complicated, socio-cultural reasons there are resistances to moving it forward. We’re always trying to explain to our community why this matters. And what’s happening now is a perfect example of why this matters. Sometimes people who don’t live the experience have to see something so egregious for it to hit home. What people saw, what people are seeing – you can’t deny the lack of humanity. You can’t not feel it. What’s important is that we don’t see these things as isolated violent events that happen out there – they’re part of a bigger system of inequities that happen right here on campus.

Q: Even if it’s time to talk about how and what you’re doing with the EDI strategy, it all goes back to those who say: “More action. Less words.”

Q: What would you have said our state of progress was on Equity, Diversity and Inclusion prior to the past two weeks, and would you say the same thing now?

A: I think what’s happened has just reinforced it. There’s a tool we use to gauge how well universities are doing moving EDI forward. There are three categories: Emergent. Developing or Transforming. Emergent is about statements of commitment, identifying values. Developing is when you know something needs to be done and you’re starting to do that planning, setting up structures. Transforming is when things are really in action and you’re seeing outcomes.

We’re somewhere between emergent and developing. I think the manifestation of being in that stage is coming out in the current situation. We’re pointing to things we’ve done that aren’t yet transforming the university, that can be frustrating, but we’re laying the foundation.

Q: When I think about the comments we are hearing, so much of it is that words are not enough, we need action. So, let’s talk about actions. When you look at progress what do you see?

A: My role is one part of that progress. There are only nine universities in Canada that have a role for Equity, Diversity and Inclusion with a title akin to Associate Vice President, sitting at the important tables. I also see a commitment at the level of the president and the vice-presidents, and an incredible amount of receptivity to my work. There was no resistance to any of the strategic actions we’ve identified in the Action Plan, which the campus community said were the priorities – things like climate surveys on equity and inclusion, opening up tenure promotion policies, improving our self-identification data collection, strategic hiring practices. These have all been contested and controversial issues, and we’re tackling them.

In our first year, we’ve set up a steering committee and eight implementation teams to get working. We’ve launched an inclusive teaching and learning guide and an Employment Equity Facilitator Program to support all hiring processes, developed standardized search committee training that includes content on unconscious bias and processes to address systemic inequities. The new faculty recruitment and selection policy that comes into place next month includes consistent application of EDI and inclusive excellence principles. We’re now completing an expanded student diversity census for the fall and we’re establishing an Employee Resource Group for Black, Indigenous, and People of Colour (BIPOC) staff.

A: Yeah, it is. But everything we do at the institution that is meaningful to our mission is a long haul.

I’m hopeful. I don’t feel like doors are shutting. There are opportunities and leaders and champions on the ground. There are some senior leaders who’ve said, “By my own behaviour, by my own modelling, by my own encouragement, I can get people on board.” And I’ve seen that happening.

If we can keep moving together and keep galvanizing and mobilizing, I do think we can be a leader in this space.

Q: So what are next steps?

A: We need to get to a place where we’re not feeling chaotic – be grounded and guided by our Strategy. We’re working on our measures of success and how we’re going to hold ourselves accountable. Within six to 12 months we should be able to point to the tools we’re using to measure progress and to report out to the community on a range of measures.

Q: How can the broader campus community be involved in these actions? What can they do?

A: I’ve already had a number of people sign-up for the implementation teams, and I’ve got people – as recent as two days ago – saying I want to help in any way. People want to contribute to making a difference. And, this is a moment where people want to do more – they’re seeing there’s an EDI Strategy train that’s leaving the station that’s heading for change, and they want to get on board.

Q: How do you keep that momentum going?

To learn more about the EDI Strategy, go to the Equity and Inclusion Office’s website.

Read a statement on the killing of George Floyd and racial justice from the African-Caribbean Faculty Association of McMaster University.