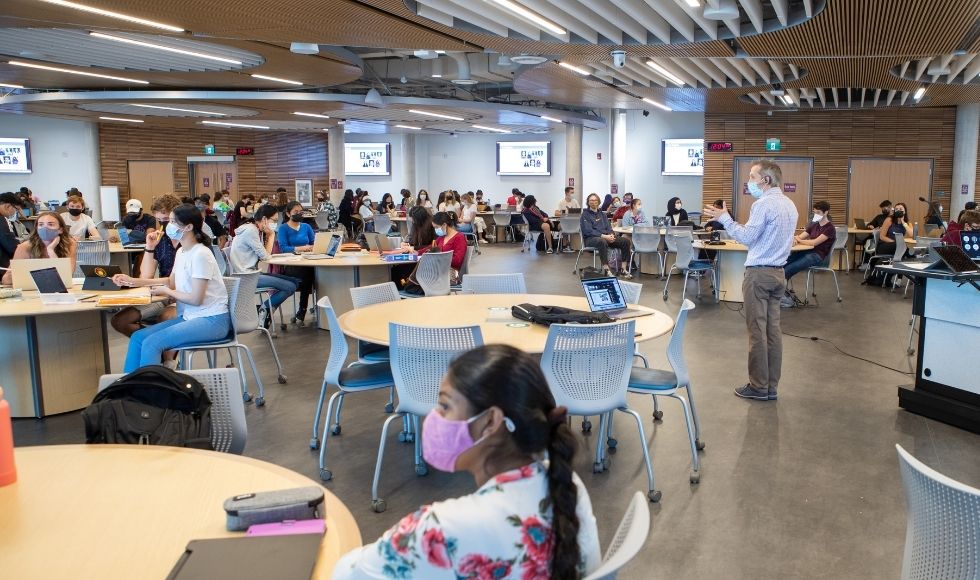 For the fourth consecutive year, McMaster ranks among the top Canadian schools with a broad range of research and doctoral programs. (Photo by Georgia Kirkos/ McMaster University)

A commitment to excellence in teaching, research and innovation is reflected in McMaster’s continued success in Maclean’s annual rankings of Canadian universities.

For the fourth year in a row, the institution has ranked fourth in the publication’s medical doctoral category for universities with a broad range of research and PhD programs, including medical schools.

“To truly address complex problems, you need to look at them from multiple perspectives. That’s what our students, our researchers and our partners around the world do every day, and it leads to more thoughtful, and ultimately more effective, solutions.”

Maclean’s also provides rankings for individual programs and academic areas. The DeGroote School of Business is ranked ninth, the Faculty of Engineering is sixth and the nursing program ranked #5.

For the past four years, McMaster has been named Canada’s most research-intensive university by Research InfoSource.

In September, McMaster was named one of the world’s top 80 universities by Times Higher Education.

Earlier this year, Times Higher Education ranked McMaster 14th in the world for its impact at home and globally. The University Impact Rankings are based on the United Nation’s Sustainable Development Goals (SDGs), a call to action to end poverty and hunger, protect the planet, and to address the most pressing challenges of our time.