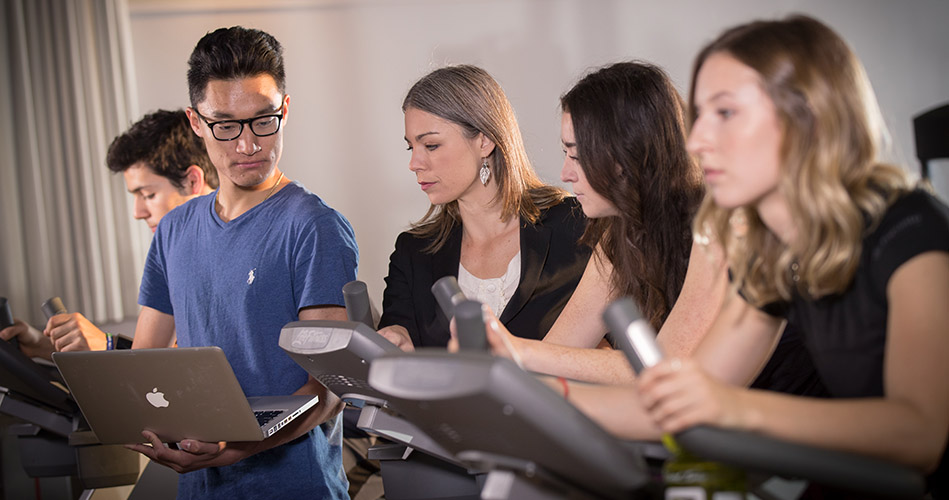 The health advantages of high-intensity exercise are widely known but new research from McMaster University points to another major benefit: better memory.

The findings could have implications for an aging population which is grappling with the growing problem of catastrophic diseases such as dementia and Alzheimer’s.

Scientists have found that six weeks of intense exercise—short bouts of interval training over the course of 20 minutes—showed significant improvements in what is known as high-interference memory, which, for example, allows us to distinguish our car from another of the same make and model.

The study is published in the Journal of Cognitive Neuroscience.

The findings are important because memory performance of the study participants, who were all healthy young adults, increased over a relatively short period of time, say researchers.

“Improvements in this type of memory from exercise might help to explain the previously established link between aerobic exercise and better academic performance,” says Jennifer Heisz, an assistant professor in the Department of Kinesiology at McMaster and lead author of the study.

“At the other end of our lifespan, as we reach our senior years, we might expect to see even greater benefits in individuals with memory impairment brought on by conditions such as dementia,” she says.

Researchers measured changes in aerobic fitness, memory and neurotrophic factor, before and after the study protocol.

The results reveal a potential mechanism for how exercise and cognitive training may be changing the brain to support cognition, suggesting that the two work together through complementary pathways of the brain to improve high-interference memory.

Researchers have begun to examine older adults to determine if they will experience the same positive results with the combination of exercise and cognitive training.

“One hypothesis is that we will see greater benefits for older adults given that this type of memory declines with age,” says Heisz. “However, the availability of neurotrophic factors also declines with age and this may mean that we do not get the synergistic effects.”

This research was also covered by the New York Times: Exercise May Enhance the Effects of Brain Training.