Won’t get fooled again: Drummers use their hands to create musical illusions 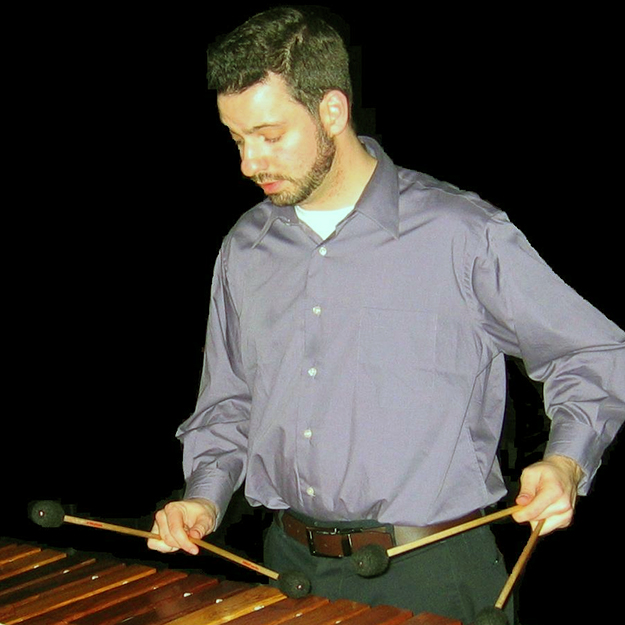 The song remains the same. Or does it? In a new research article published in Percussive Notes, assistant professor Michael Schutz discusses the use of affective gestures to influence how we hear a performance.

The best drummers in modern music history had it all – groundbreaking technique, lightning speed and an unmistakable panache when it came to performing.

A new paper from assistant professor Michael Schutz, however, outlines how certain percussionists use ancillary gestures (those not strictly required for sound creation) to “trick” the audience into seeing and hearing things that simply aren’t there.

In a research article appearing this month in Percussive Notes, Schutz and co-author Fiona Manning detail the impact of using ancillary gestures to create an auditory illusion during a performance. Using the marimba as a test case, researchers found that notes may sound “longer” when accompanied by an extended swing of the arm, or “shorter” when the movement is subtle – even if the note itself is exactly the same.

“Great performers understand the balance between useful gestures and distracting, unhelpful motions” explains Schutz, who directs the MAPLE (Music, Acoustics, Perception & LEarning) Lab. “It feels like trickery, but raises an important question: ‘Where does music truly exist? Outside our ears, or between them?'”

According to Schutz, our perception of a musical note is affected by a performer’s “post-impact motion.” In other words, the distance, time and velocity of the movement after striking the instrument has a big effect on how the note sounds.

He uses world-famous guitarist and composer Pete Townshend as another example. Renowned for his “windmill” guitar stroke with The Who, Townshend’s post-impact motion may have actually tricked audiences into thinking the chords were louder and resonating longer than they actually were. Not that the band needed any help in putting on a great show.

During a live musical performance, it’s important to note the difference between “sound” and our “perception of sound,” he explains. Our internal perception of the external world is the final arbiter of the musical experience. So even if the entire audience receives the same auditory information, they will experience it in different ways.

“Ultimately, the literal acoustic information is less important than how it is perceived,” adds Schutz.

Want to see a marimba and other percussion instruments in action? The McMaster University Percussion Ensemble will perform at Robinson Memorial Theatre on Tuesday, March 26. The concert is free and open to the public, and will begin at 7 p.m.

Below, Michael Schutz outlines the concept of a musical illusion during a past episode of Cable 14’s Hamilton Life.