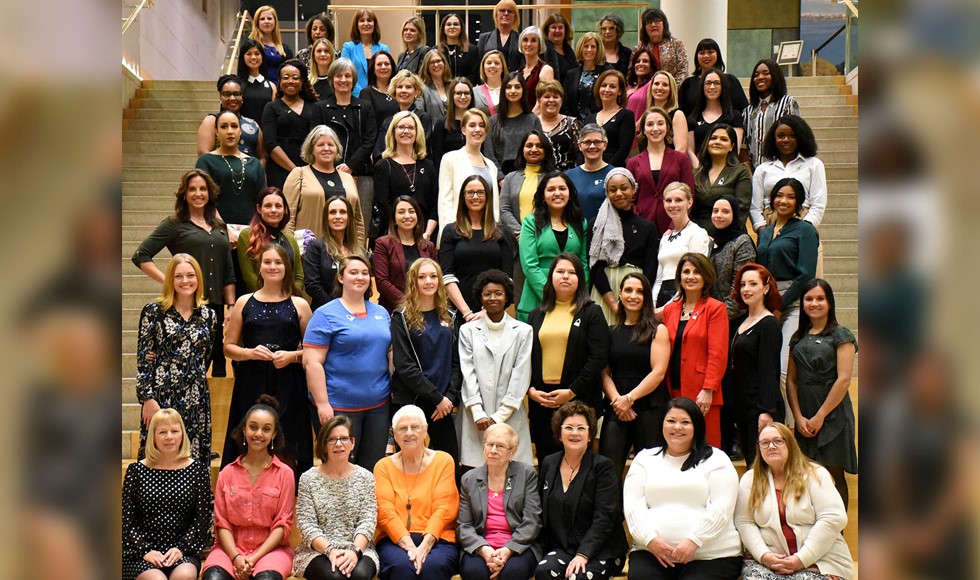 The 2020 nominees for YWCA Hamilton's Women of Distinction Awards

More than 30 women and workplaces with McMaster connections have been nominated for YWCA Hamilton’s Women of Distinction Awards.

The nominations, which were announced last night, “honour and celebrate trailblazing women who have excelled in their fields,” according to the YWCA’s website.

In all, the list of nominees included more than 75 women and businesses in 10 categories.

In the Science/Technology/Trades category, all of the four nominees were connected with McMaster.

iPadsforPatients connects people in hospital with their loved ones

When McMaster student Aaron Hou’s summer volunteer position at Hamilton General Hospital fell through because of COVID-19 he decided to reach out to friends to develop a campaign called iPadsforPatients to connect patients with their families.

If you have a minute to brighten someone's day, type out a friendly message on Jacqueline Rintjema's online form, and she'll write them on a card that goes with each package.