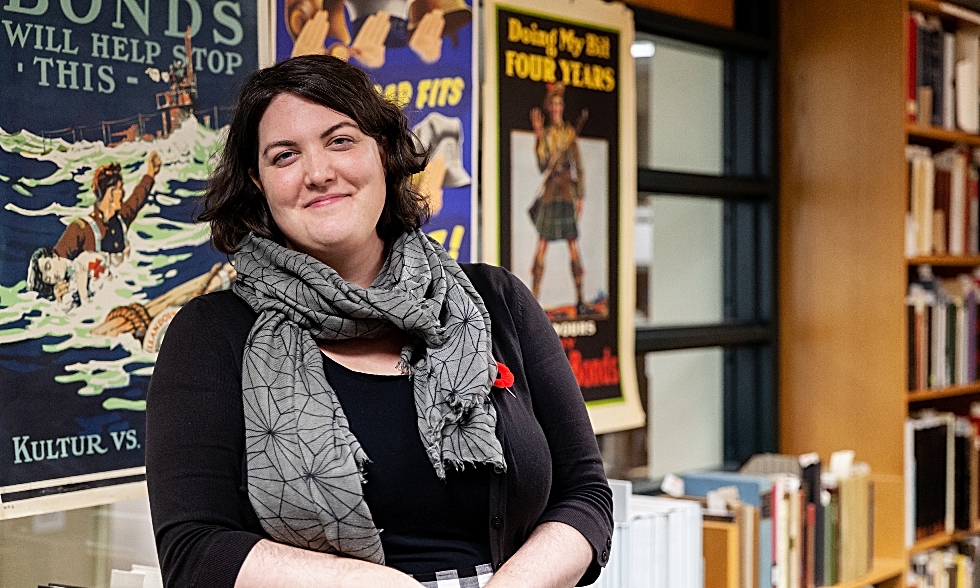 From selling war bonds and collecting scrap, to recruitment and anti-espionage campaigns, a recent virtual talk by archivist Briget Whittle explored how governments used propaganda on their own people and their enemies during World War One and Two.

Throughout the first and second world wars, propaganda became a powerful tool of the state — considered by governments of all nations to be an essential weapon of war every bit as critical as artillery, guns, or tanks.

Vast amounts of money and effort were spent on domestic and international campaigns designed to stir patriotism, shape public opinion, vilify or demoralize the enemy, or give hope to those living in occupied territories.

“People often think of propaganda as lies, and while that’s sometimes true, the most effective propaganda is really carefully crafted messaging that pulls on ordinary peoples’ emotions and exploits the beliefs and values that really matter to them – it can give us an interesting view into what they cared about at the time.”