University statement regarding the death of Queen Elizabeth II 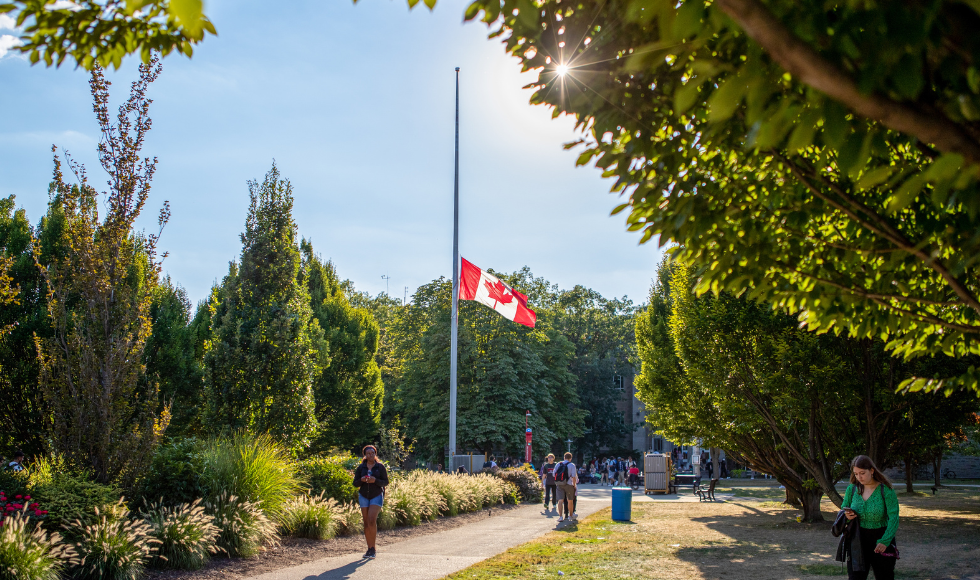 McMaster University joins the global community in mourning the passing of Her Majesty Queen Elizabeth II. Flags on campus will be lowered in her honour.

McMaster University joins the global community in mourning the passing of Her Majesty Queen Elizabeth II.

Flags on campus have been lowered to half-staff in recognition of her decades of dedicated service as Queen of the United Kingdom, Queen of Canada and Head of State, along with 13 other Commonwealth nations.

Crowned in 1953, the Queen’s tenure spanned 70 years of world history, including 13 Canadian prime ministers. She made three official visits to Hamilton during her reign, including a trip that was part of the Commonwealth Golden Jubilee tour.

McMaster is grateful for the Queen Elizabeth II Diamond Jubilee Scholarship programs in the McMaster Health Forum. Since 2015, the program has provided dozens of students with the opportunity to work with international partners to strengthen health systems in countries around the world.

The global community will join together over the coming days to remember her commitment and dedication and her unique contributions to the world.