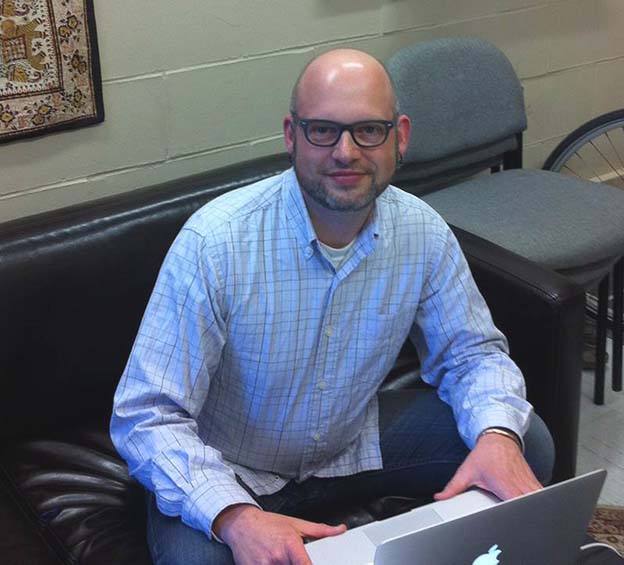 Kari Dalnoki-Veress, an expert in 'the physics of soft squishy things', has been named co-recipient of the Brockhouse Medal. The award, named after celebrated McMaster researcher and Nobel laureate Bertram Brockhouse, recognizes outstanding contributions to physics.

McMaster physicist Kari Dalnoki-Veress has been named co-recipient of the Brockhouse Medal for his contributions to physics in Canada, an honour he shares with his frequent collaborator – and one of his closest friends – James Forrest of the University of Waterloo.

The medal is to be awarded by the by the Canadian Association of Physicists on the recommendation of a selection committee established by the Division of Condensed Matter and Materials Physics.

Specifically it recognizes and encourages outstanding experimental or theoretical contributions to condensed matter and materials physics.

Dalnoki-Varess and Forrest have been collaborating for about 15 years, sharing a complementary approach to physics and a sense of fun. Dalnoki-Varess says both are critical to their research success.

“Life’s too short to collaborate with people you don’t enjoy interacting with,” he says.

Dalnoki-Varess, who came to McMaster in 2001, emphasizes that he and Forrest are only two members of much larger teams.

“The reality of course is that there are all these amazing students and other collaborators that we work with,” he says. “It’s amazing to work with all these people.”

Each man heads a separate research team at his own university, but they work together on many experiments, each from a different perspective.

Their specialty is soft condensed matter or, as Dalnoki-Veress puts it with a chuckle, “the physics of soft squishy things”.

In particular, they are interested in what happens along the microscopic surfaces and interfaces of soft condensed matter, such as the cells of the human body.

When such matter is stretched or compacted, its molecules change not only their shapes, but also their physical properties, and these changes form the focus of the medal-winners’ ongoing research.

The award is named for Bertram Brockhouse, a celebrated McMaster scientist who earned the Nobel Prize for Physics in 1994.

Dalnoki-Veress did not know the Nobel laureate, who died in 2003, but he says Brockhouse, his contemporaries and those who have followed are responsible for the environment in which faculty and students can excel.

“What is cool is that there’s this aura of Bert Brockhouse in this building. People talk about him, and what he had done. He left behind an incredible legacy,” says the medal winner. “I work in this department that is an extremely nurturing environment. I don’t think there are many places where I would have had as much opportunity as I’ve had here at McMaster.”

The Brockhouse medal was established in 1999, and Dalnoki-Veress is the third McMaster scientist to be awarded the prize. Tom Timusk received the medal in 2000, and Bruce Gaulin in 2011.

“I get to a job that I love to do,” says Dalnoki-Veress. “To be recognized among all these other incredible physicists who are doing similar work makes me very proud, very excited and very humble.”