Two McMaster professors recognized by the Royal Society of Canada 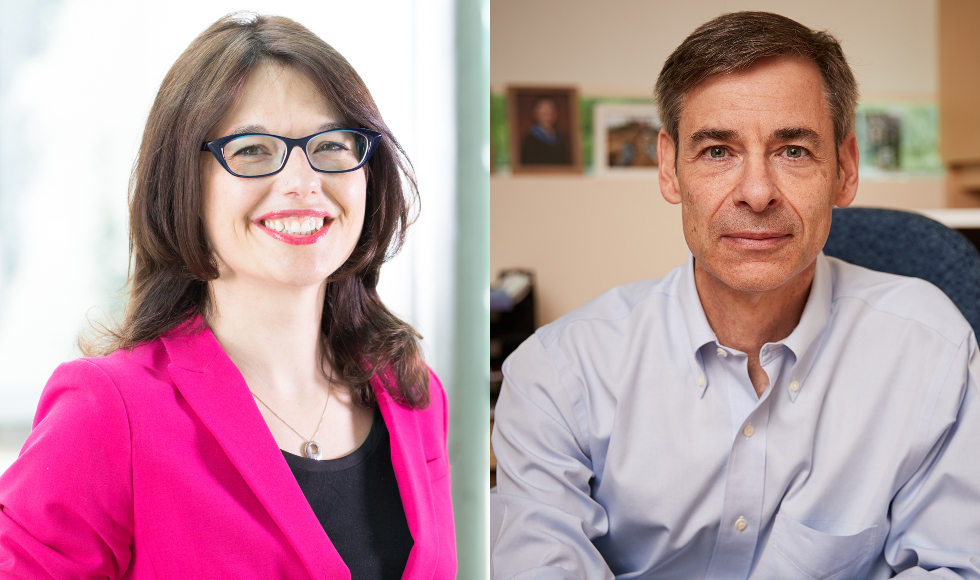 Dawn Bowdish and Mark Loeb are professors of pathology and molecular medicine in the Faculty of Health Sciences.

Mark Loeb and Dawn Bowdish, both professors of pathology and molecular medicine in the Faculty of Health Sciences, are being honoured by the Royal Society of Canada.

The college announced its newly-elected Fellows and the incoming class of the College of New Scholars, Artists and Scientists today.

Loeb, who is internationally recognized in the field of infectious diseases clinical trials and epidemiological studies, is a new Fellow.

He is known for his work on influenza vaccination and herd immunity in Canadian Hutterite communities, and for a pivotal trial on respiratory mask protection against influenza. He also has conducted influential clinical trials on prevention and management of infections in nursing home residents.

“Being recognized as a Fellow of the Royal Society is a true honour,” said Loeb. “I am grateful to my research team and to the support that I have received from McMaster University.”

Bowdish is a new Member of the College of New Scholars, Artists and Scientists.

Bowdish studies how the immune system changes with age and how these changes impact healthy or unhealthy aging and susceptibility to infections. She and her team work to uncover how the aging immune system and the microbes that live in and on us, known as microbiota, interact in order to prevent infections and give older adults more years of healthy, independent living. She holds the Canada Research Chair in Aging and Immunity.

“It’s an honour to be included among so many of Canada’s leading thinkers,” said Bowdish. “I’ve always believed that I have a responsibility to share my research and knowledge with the Canadians who fund me, and as a Member of the Royal Society, I hope to be able to do just that.”

The Royal Society of Canada, founded in 1882, elects Fellows and Members while also presenting awards to highlight exceptional achievements.