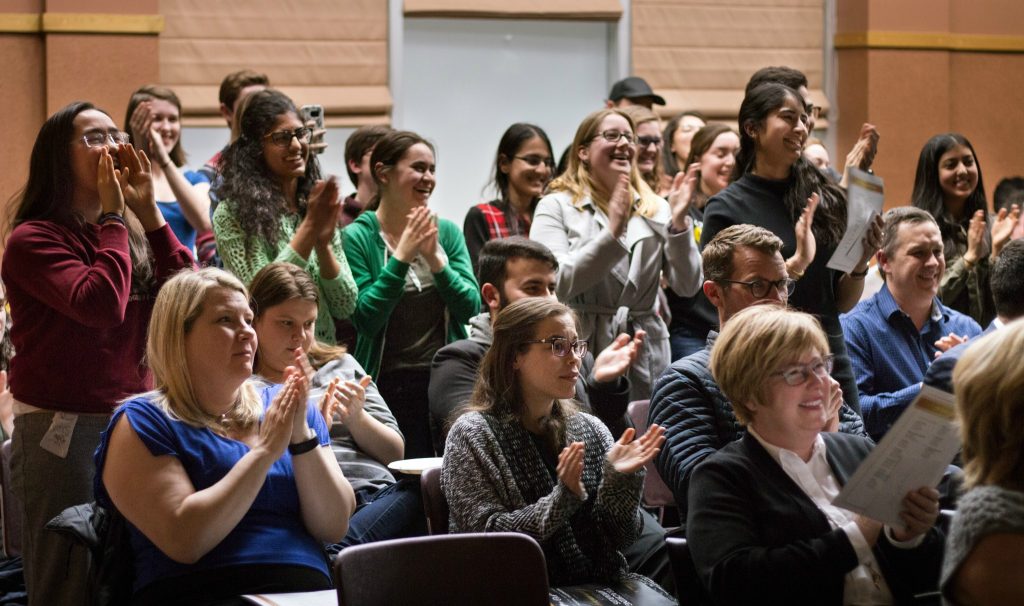 The McMaster Students Union handed out its annual teaching awards this week, honouring the best and most engaging educators on campus, all chosen by students. In addition, five outstanding teachers received application-based awards in recognition of their rich contributions.

Political Science professor Henry Jacek received the Lifetime Achievement Award. Jacek regularly brings guest speakers from all levels of government into the classroom. It’s not unusual to meet MPs, MPPs or longtime public servants in his classroom. Last year, Jacek was awarded the Canada Sesquicentennial award, created by Heritage Canada to acknowledge those who promote inclusivity and celebrate diversity, work to improve the environment, who champion justice, equality and democratic stewardship and/or engage and inspire youth.

And the MSU Distinction Award — which celebrates teaching and learning that goes well beyond the confines of the classroom — went to Anushay Irfan Khan. She was leadership development program co-ordinator at McMaster for two years until moving to the University of Toronto Mississauga, where she is the international and intercultural student development co-ordinator.

The winners of the student-nominated teaching excellence awards in each faculty are:

McMaster's Andrew Bone, Nicholas Griffin, and Alexander Klein share their thoughts on the ongoing importance of the British philosopher and peace advocate.