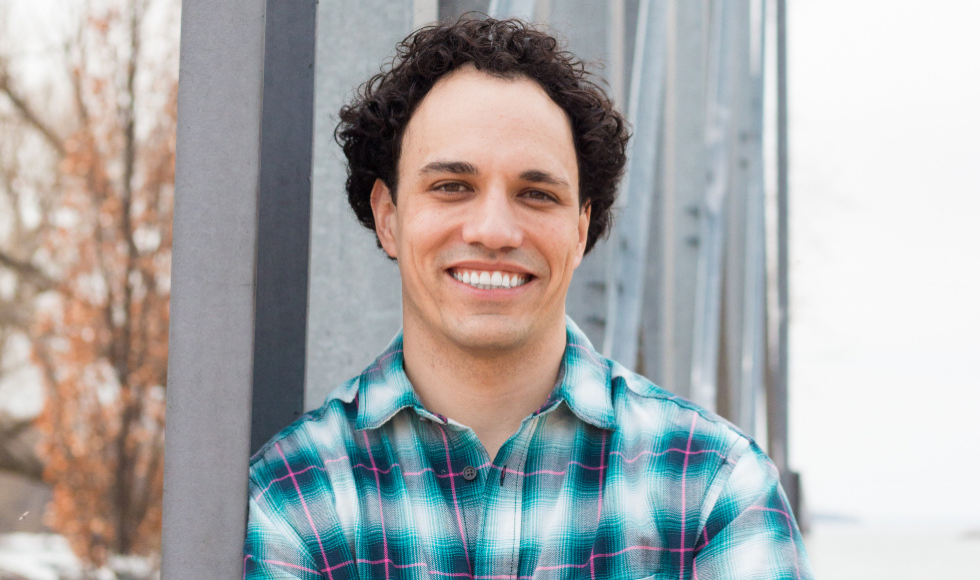 McMaster professor Allan Downey (pictured above) and former student Carlee Loft received the 2020 Best Animated Short award at the American Indian Film Festival, one of the largest and most prestigious Indigenous film festivals in the world.

Allan Downey is an associate professor in the Department of History and the Indigenous Studies program. A citizen of the Dakelh Nation (Nak’azdli Whut’en, Lusilyoo Clan) in the central British Columbia interior, his current research focuses on the history of Indigenous ironworkers in New York City. Generations of Haudenosaunee ironworkers played – and continue to play – an integral role in the building of the city, including iconic landmarks like the Empire State Building, the George Washington Bridge and 30 Rock.

Recently, a short digital animation about Indigenous ironworkers, called Rotinonhsión:ni Ironworkers, which Downey co-directed with a former student, Carlee Loft, received the 2020 Best Animated Short award at the American Indian Film Festival, one of the largest and most prestigious Indigenous film festivals in the world.

We caught up with him to find out more.

You started your time at McMaster not actually on campus – you were a Fulbright scholar at Columbia University in New York for the fall semester in 2018. What was that experience like?

The Fulbright fellowship was a great opportunity to work with Dr. Audra Simpson in Columbia’s Department of Anthropology.

I also had the opportunity to travel a little – I presented at Harvard by invitation from Philip Deloria, a very famous Indigenous historian, and Ned Blackhawk invited me to present at Yale.

Presenting to Indigenous students, students in Dr. Simpson’s anthropology classes, as well as scholars in other institutions gave me the opportunity to really launch my research on the history of Indigenous ironworkers.

Tell me about the film – and congratulations on the award from the AIFF!

It’s a tremendous honour to have been recognized by the American Indian Film Institute – never in a million years would I have thought that our digital animation would win this award. It’s a testament to our digital animator, Saki Murotani, and my co-creator Carlee Loft, who’s from Kahnawake, one of the communities where many ironworkers are from.

Digital animation and directing are brand new for me, as is the film circuit. I’m an academic who generally focuses on writing monographs, so it’s been both fun and interesting to talk about this work with both academic and public audiences.

How has COVID affected your research?

Well, it’s pretty much stopped it dead. I’m not able to travel to Indigenous communities right now, interviewing people face-to-face isn’t possible – so I’m hoping to re-launch my work once things are safer.

During the pandemic, we’ve been presenting the film and my earlier research on Indigenous ironworkers virtually. It works on Zoom, sort of – but I miss engaging with a real audience.

What was the inspiration for the film?

We wanted to make sure that this history was accessible to the communities who were part of it – so we wanted to go beyond academic articles and create something that would serve as a public history exhibit. We thought that animation would be a great way to engage with Indigenous youth and public audiences generally.

We wanted a creative way to have a conversation about the importance of Indigenous sovereignty, self-determination and nationhood – something that left behind the academic jargon of scholarly articles and books.

Talk to me about resurgence, and the film as a piece of resurgent history

Resurgence is a theory of Indigenous academics, activists and knowledge holders that centres on the idea that we need to focus on the “Indigenous inside” as much as – if not more than – we focus on the colonial outside: not engaging with colonial policies and colonial violence at the expense of giving time and space to our languages, our cultures, our histories, our governance systems, and ensuring that we have generations of people who are building those things up.

This whole project is attempting to be a resurgent history – a history for the Indigenous inside for Indigenous people to tell their stories, and to serve as a launching point for future generations to continue the story and tell it in more elaborate ways.

Downey is also the author of The Creator’s Game: Lacrosse, Identity, and Indigenous Nationhood, which explores the history of lacrosse through a lens of non-Indigenous appropriation and Indigenous self-determination.

For an earlier article on Downey’s work, go to the Brighter World website.

To learn more about the history of Indigenous ironworkers, listen to the Crash Course on Mohawk Ironworkers episode of The Secret Life of Canada, a CBC podcast.