Teaching outside the box (and classroom) to explore the “livable city” 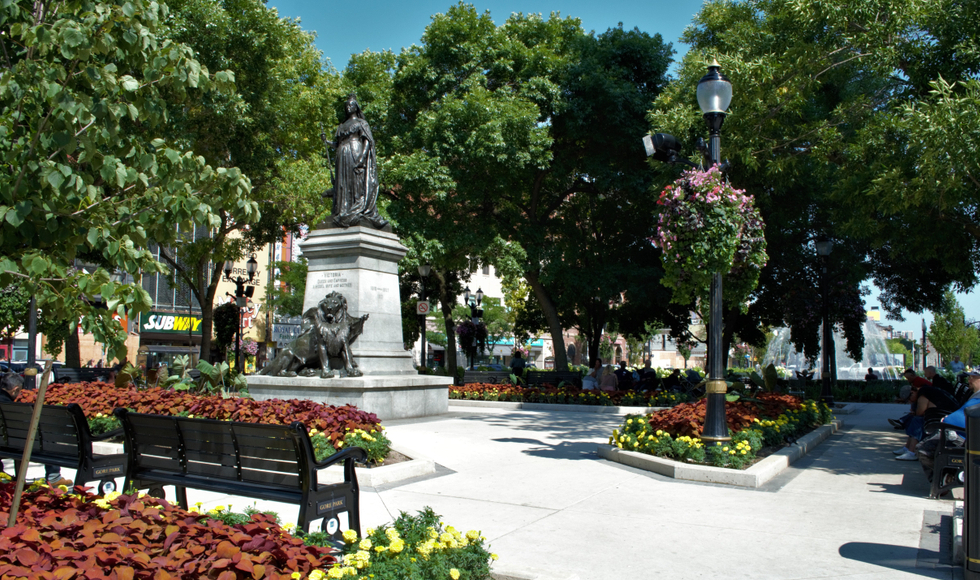 If you ever come across more than 40 students staring intently at University Hall, don’t be alarmed. What you’re seeing is likely a field tour offered in one of the Arts & Science program’s most engaging courses.

Taught by Dr. Brian Baetz, a professor emeritus in the Faculty of Engineering, Technology & Society III is an inquiry course that flips learning on its head by bringing students to important topics instead of bringing important topics to them.

While the course focuses on Hamilton and its surrounding communities and assesses how technological aspects can enhance or detract from the city’s livability, how the students apply that general theme differs every year. This year, topics of study included everything from clothing to vaccines — a diversity that keeps things exciting for Baetz.

The course centres on four main learning tours — The Heart of the Hammer, Olde Dundas, Locke Street and the Southwest, and James North — but, over the course of the semester, students participate in several community walkabouts, campus tours, city excursions, design charrettes, and other outside-the-box projects.

One such project is the course’s cumulative assignment, which has students record a podcast relating to the course material — an idea, Baetz explains, that originally came from his daughter.

“The two of us were driving around in Arizona and New Mexico a little while back listing to Malcom Gladwell’s podcast and I was captivated by how transformative it was,” he says. “The wit, the voice, the social justice issues that he was tackling — it was really well done. I wondered how I could bring this sort of thing into the classroom and my daughter suggested that the students create their own podcast and explained how we could pull it off, technologically.”

At first, students didn’t really grasp the casual, conversational nature of podcasting. Baetz says that they came prepared with scripts and mostly read off of a page instead of having an organic discussion. But, with some encouragement to “pretend that they’re Joe Rogan talking to Elon Musk over a glass of scotch,” things loosened up pretty quickly.

Podcast themes largely explored the concept of livable communities, the basis of which is the bedrock of the course’s curriculum.

“There’s a lot of talk about sustainable communities and resilient communities, but I think what people care about most is the idea of livable communities,” Baetz says. “It’s a term that spans the waterfront — a really broad perspective that captures arts and culture, healthcare, safety, water quality, food, architecture, infrastructure, nature, and more. Nothing is in isolation when examining livability, which opens up a lot of opportunity for course material.”

Because the course is designed to encourage participatory learning, Tech & Society III students spend a lot of time developing their skills working with others, teaching others and learning from their peers.

Baetz believes that the inquiry-based structure of the course has also fostered a great culture of engagement. He says that students stay late to continue discussion and that students in the  class really take ownership over what they’re learning.

“Any time you do inquiry, you’re forced to think about what’s interesting to you, and, perhaps more importantly, what’s important to your peers,” Baetz explains. “That process of reflection and discovery is really important in the development of engaged scholars.”