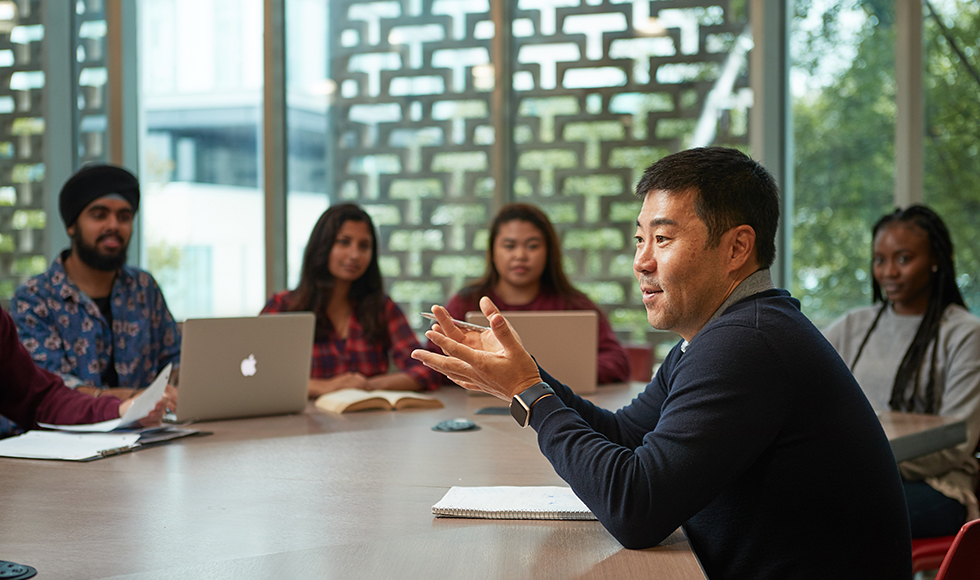 McMaster University has jumped two places to No. 4 on the Maclean’s annual rankings of Canadian universities, in the category for universities with a broad range of research and PhD programs, including medical schools.

The magazine’s formula looks at 14 performance indicators and assigns 10 per cent of each school’s ranking to feedback from students.

“It is gratifying to see this recognition of McMaster’s momentum, especially knowing that student satisfaction and research success are both integral to this assessment,” said McMaster president Patrick Deane. “These rankings, and others like them, create an overall picture of McMaster that is consistent with our continuing work to support research excellence and provide the highest quality education possible.”

McMaster was the only one of the top four universities overall also to be ranked in the top four for student satisfaction – a key distinction, Deane says. The university was ranked third in the category in terms of its expenditures on student services.

The survey ranked McMaster No. 1 in terms of the frequency with which its researchers’ work is cited by others, and second in terms of the average sponsored research income per faculty member.

“Research and teaching are our highest priorities, and we work to foster a close relationship between them at all levels,” Deane said. “To be recognized as excelling in both areas suggests we are managing that balance particularly well.”

Maclean’s ranks universities in five broad areas based on 14 performance indicators, allocating a weight to each indicator.

As part of its work, the magazine surveyed thousands of students about their experiences on Canada’s campuses, asking them to rate their professors and lecturers, student-life staff, administrative staff and academic advising staff.

Students ranked opportunities for experiential learning, mental-health services and their universities’ actions to prevent sexual assault on campus, as well as their extracurricular activities and residence life.

For the first time this year, Maclean’s asked students how well their universities were making Indigenous histories, cultures and languages visible on campus.

McMaster researcher, four graduates among appointees to Order of Canada

A McMaster professor and four alumni are among the 135 Canadian leaders to be appointed to the Order of Canada, as recently announced by Governor General of Canada Mary Simon.