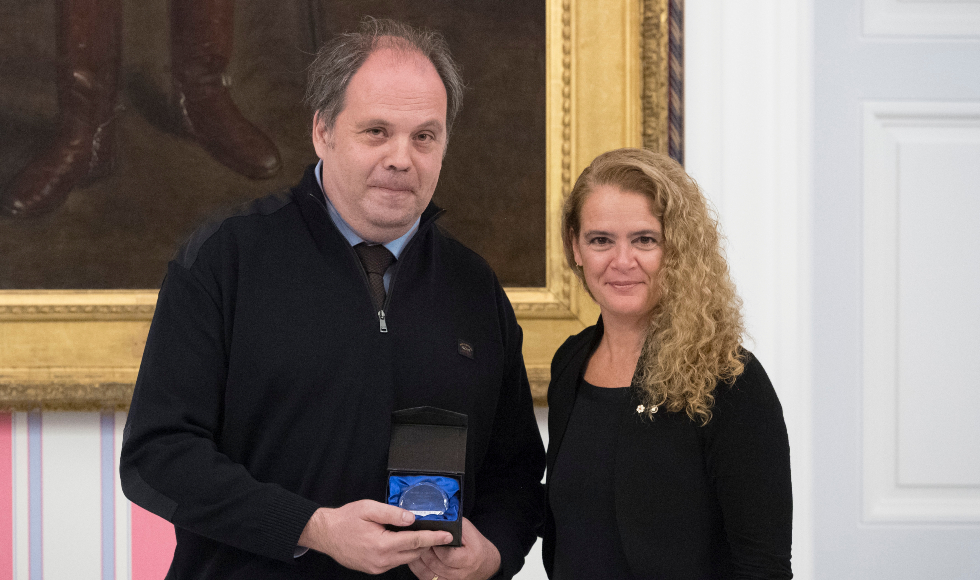 A McMaster PhD candidate in the department of English and Cultural studies – who also happens to be a practising physician, adjunct professor of family medicine, award-winning writer and advocate for dis/ability issues – has won a 2018 Impact Award from the Government of Canada’s Social Sciences and Humanities Research Council.

Shane Neilson, who received a SSHRC-funded Vanier Scholarship in 2015, received the Talent Award, which recognizes academic achievement, originality of research, evidence of impact and potential for leadership.

Neilson’s PhD work focuses on the complexities of chronic pain as both a medical and cultural issue –specifically, its representation in Canadian literature, and how those depictions can be used to help patients.

His research got its start when he was practising medicine in Erin, Ont., and saw first-hand the effect of chronic pain and opiate use on his patients.

“The language that doctors and society have to talk about pain is largely in terms of weaponry and damage,” he explains, referring to the common practice of describing pain as stabbing, burning, shooting or with other violent metaphors. “My idea was that the way we talk about pain is leading to poor outcomes, because we can only talk about it in terms of damage or impending damage by a weapon. I thought maybe if we let a little light in and came up with alternate metaphors, we might be able to change.

“The dissertation has become much more than that simple idea – but that’s where it started.”

Beyond the specifics of his pain research, Neilson, who is originally from New Brunswick, is also looking at ways to make it easier for medical professionals to pursue research in the humanities and social sciences.

“It took a very strange pedigree and interest and path to eventually end up with a PhD in English with my background – which is the background of almost all medical students,” he says. “There’s no place to go in which health professionals can get a scholarly education. Physicians have a long history of being writers and multi-taskers, but without a place to go, and with medicine favouring biomedical roles, there are a lot of structural impediments to doing that formally. I hope I can change that.”

Dean of the Faculty of Humanities Ken Cruikshank says that Neilson’s interdisciplinary work reflects many of the values of McMaster as a whole.

“In the Faculty of Humanities, as elsewhere at McMaster, we encourage research that makes connections across many disciplines in order to foster an environment of constructive discussion and mutual learning,” he says. “Shane’s work – as a physician, as a poet and as a researcher – reminds us that scholarship should not be limited by anything other than our own interests and imaginations. I heartily congratulate him on receiving a prestigious 2018 SSHRC Impact Award – it is well deserved.”

Michelle Ogrodnik, a PhD student in the department of kinesiology, was also recognized at the awards ceremony, which was held at Rideau Hall in Ottawa. In May, Ogrodnik was one of five winners of the SSHRC national Storytellers competition.