Seeing the forest — and the trees 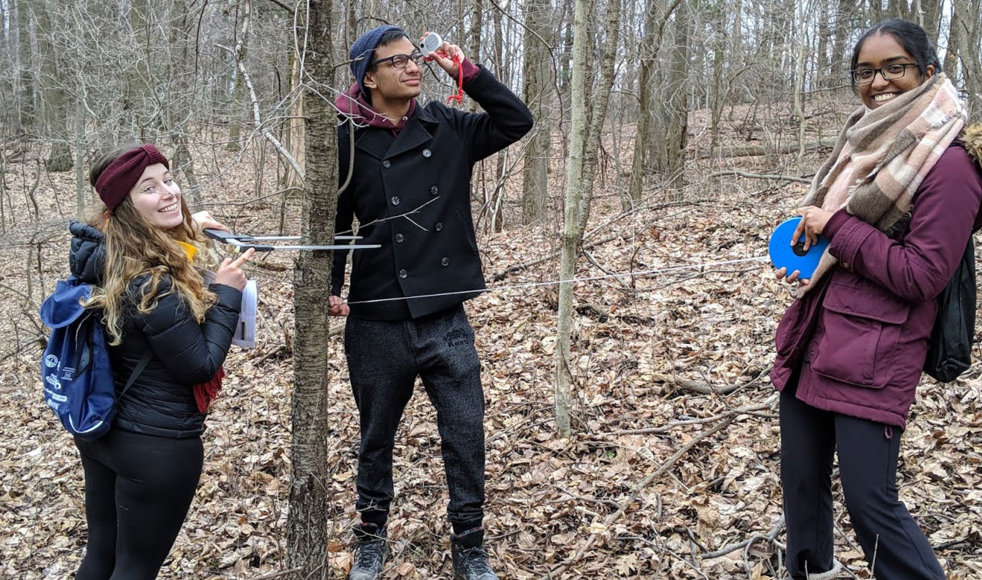 Unlike maple and oak – key trees in Ontario’s lumber industry – a handful of tree species that grow in Ontario’s boreal forest aren’t useful for the broad commercial market.

As a result, many forest management companies elect not to harvest these trees, which include tamarack, cedar and white birch – despite the important role harvesting plays in suppressing wildfires, maintaining habitats and preventing damage to the province’s woodlands.

This imbalance has created a challenge for the forestry industry: a necessity to harvest without a commercial reason for doing so.

Glen Prevost is a professional engineer,  and an advisor in forest bioeconomy and wood manufacturing with FP Innovations, a not-for-profit company that supports Canada’s forestry sector.

He’s been working with clients who have been wrestling with this conundrum for years – and after being approached by a First Nations forest management company looking to correct the imbalance, he was tasked with doing something about it.

Knowing he’d have to come up with creative ways to use the harvested wood, he turned to the one place that he knew specialized in thinking differently — McMaster’s Arts & Science program.

Prevost, who graduated from McMaster’s Engineering and Society program in 2010 and returned to the university a year later to complete a Master of Applied Science, says he first became aware of “the Artsci way of thinking” during his undergrad.

So, after cold-calling the program’s director, Jean Wilson, and explaining his situation, Prevost was invited to speak with students interested in learning more about the dilemma.

In January, he made the long drive down from his North Bay residence to meet with curious students in the Artsci space in L.R. Wilson Hall, where he explained the scope of what he needed: help to develop a series of novel uses for underutilized Ontario wood.

Each idea would have to be mindful of the material properties of each species, be easily commercialized and involve a manufacturing process that could employ at least eight people.

From the meeting, Prevost recruited a dozen Arts & Science students for the project, half of whom took the research on for a one-unit credit, with the other six opting to do it as an extracurricular activity.

“I enjoyed being in a space that took on a challenge and allowed me to explore that challenge through an interdisciplinary lens,” says Shanmugam. “The experience allowed me to think critically about the importance of trees to our planet, including their roles in animal habitat, ecosystems, human innovation and production, and economic development. It opened my eyes to what interdisciplinary collaboration could look like in industry settings.”

Eventually, the student researchers came up with 80 potential uses for the underutilized wood types over the course of the three-month project.

Now, Prevost and his colleagues at FP Innovations are conducting market and technological research on the top suggestions developed by the Artsci students. If they pass various feasibility tests, the ideas will be presented to the First Nations company that initiated this process, and, if any concepts are greenlit by them, the company will then have the option to work with the students that developed them.

Prevost says that, considering the whole thing was a bit of a “guinea pig” experiment, things couldn’t have gone better. He says that the students were extremely enthusiastic about working on a real-world problem and that his company was equally as enthusiastic about receiving such high-quality research.

“Seeing how much the students enjoyed this work, I would love to do something like it again,” he says. “It could be a new problem altogether next time, or further development on this same issue, but it was lots of fun and there are a ton of benefits to working with students — I look forward to what comes next.”

Four individuals and one group have received the President’s Award for Outstanding Contributions to Teaching and Learning.