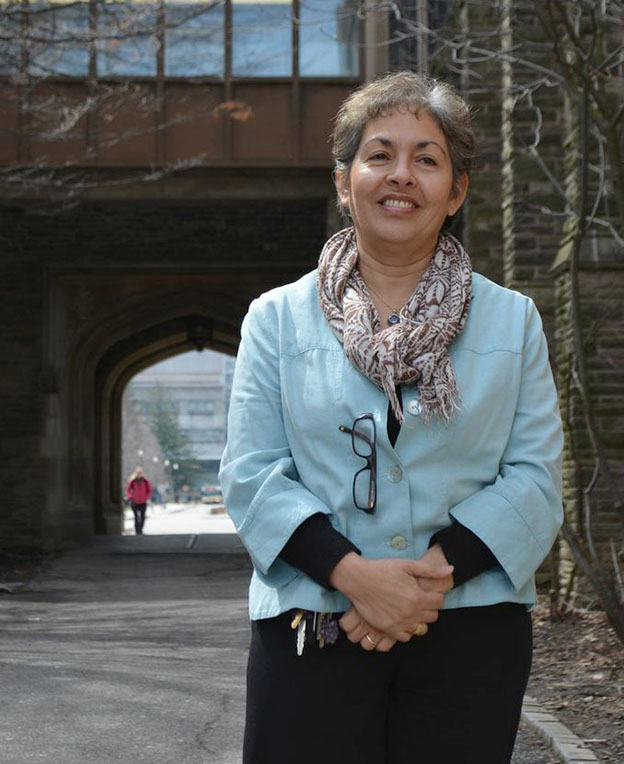 Mirna Carranza, the Faculty of Social Sciences’ first Scholar-in-Community, is leading a year-long project that will bring together representatives from St. Joseph’s Immigrant Women’s Centre, the Children’s Aid Society and the University.

Mirna Carranza hopes a simple meeting will be the catalyst to get a number of local agencies working together to better serve Hamilton’s immigrant communities.

Carranza, the Faculty of Social Sciences’ first Scholar-in-Community, is leading a year-long project that will bring together representatives from St. Joseph Immigrant Women’s Centre, the Children’s Aid Society and the University.

Her goal is to develop strategies to lower the rate at which immigrant families are involved with child-welfare agencies such as the Children’s Aid Society.

“There’s a significant gap in our child-welfare system,” says Carranza. “I supervise students who are doing placements at the Children’s Aid Society and at places like St. Joseph Immigrant Women’s Centre, and what I’m hearing is that stakeholders need to start talking to each other more.”

The idea of children’s rights, very familiar to North Americans, has yet to take hold in some countries, says Carranza. This leads to misunderstandings for some immigrant families around many issues, including child discipline.

“Some come from countries where corporal punishment is the norm,” says Carranza. “But when they get here, they don’t realize that we consider those actions assault.”

Prevented from using physical force and lacking other tools to guide and develop children, immigrant parents can feel helpless.

“The pendulum swings too far the other way and parents don’t do any disciplining,” says Carranza. “When parents don’t speak the language and don’t know how to maneuver around what’s allowed and what’s not, they can run into trouble.”

Carranza hopes her project will produce resources for immigrant families trying to adapt to their new home.

She also hopes to educate social workers who must enforce the country’s child welfare laws, and who aren’t always trusted by some members of immigrant communities.

“There is fear among immigrant community members toward child welfare workers,” she says. “They don’t always see them as supportive.”

Carranza plans to interview parents, social workers and community members about their experiences, and will use her findings to help train student social workers at McMaster.

“My goal is to get these stakeholders working together for a common goal,” she says. “We want to address these issues in the community right now and at the same time give child-welfare workers the tools they need to better help immigrant parents.”