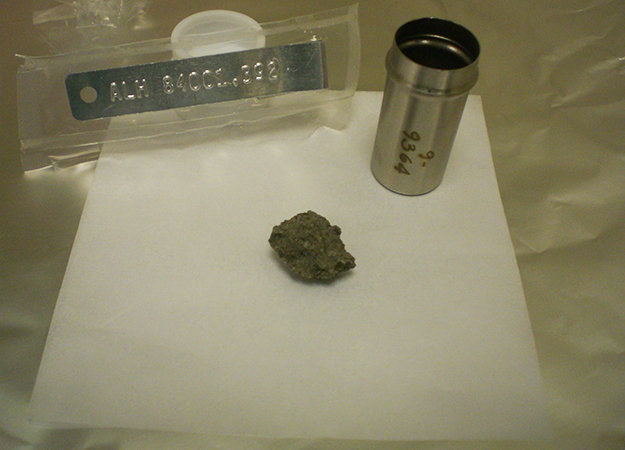 'We are trying to understand the evolution of Mars,' said McMaster researcher Sang-Tae Kim, who recently analyzed a number of Martian meteorite fragments alongside an international team of scientists.

Geography & Earth Sciences professor Sang-Tae Kim has never been to Mars, but Mars has come to him.

Kim and a team of international researchers from the University of Maryland, NASA and several other institutions had the rare opportunity to study Martian meteorites — precious extraterrestrial materials of which there are only a few dozen here on Earth.

“They are so rare,” said Kim, an assistant professor in the School of Geography & Earth Sciences. The samples he analyzed were kept under lock and key during their limited time in his possession.

But these small meteorites, roughly the size of a nickel, yielded new clues about the interactions between the atmosphere and the lithosphere of Mars, a mysterious planet which is poorly understood.

Collectively, the researchers conducted isotopic analyses on 40 specimens. Specifically, scientists are interested in sulphur on Mars, which is a vital element for life on Earth and is found in abundance on the Martian surface, explained Kim.

By measuring sulphur isotope compositions of sulfur-bearing minerals from the meteorites of various geologic origins and ages, Kim and the team discovered that sulfur — which was produced by photochemical reactions in the atmosphere and then was located on the Martian surface — merged into magmas, or molten rock materials, throughout the much of its planetary history. This remarkable discovery leads us to have a better understanding of the formation and evolution of Mars.

The findings, published in the latest edition of the journal Nature, also suggest that the photochemical reactions that occurred on Mars must have been different from those on early Earth, implying different early atmospheric conditions between the two planets.

The team’s analysis also suggests that sulphur was well-mixed in the most abundant inner Solar System materials, but there is much more work to do.

“Right now, we only have small pieces of rocks and we all know Mars is a really large planet,” added Kim. “We need to rely on these small meteorites to study the entire geological history of Mars.”

The next step — which is profound — is to get humans to the planet who can collect surface samples. Then, according to Kim, scientists will know once and for all if there is life on Mars.