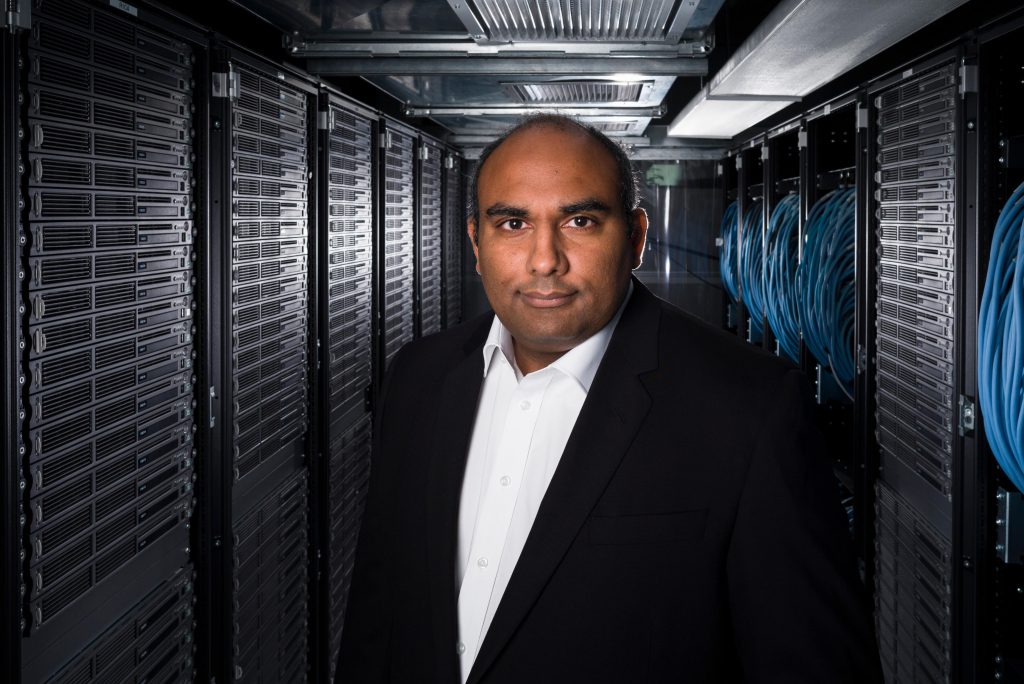 Sonnadara say he’s keen to build on his McMaster experience and ensure that Compute Ontario serves Ontario’s researchers and residents efficiently and effectively.

Sonnadara, an associate professor in the Department of Surgery at McMaster, and a faculty affiliate of the Vector Institute for Artificial Intelligence, has served as Special Advisor to the Vice-President, Research, for the last seven years and previously led the University’s Research & High-Performance Computing Support group (RHPCS). His appointment with Compute Ontario is effective immediately.

Sonnadara say he’s keen to build on his McMaster experience and ensure that Compute Ontario serves Ontario’s researchers and residents efficiently and effectively.

“This is a tremendous opportunity to work with CO’s partners and stakeholders to support Ontario’s researchers,” says Sonnadara, who has been the organization’s Interim President and Chief Executive Officer for the last six months.

“Access to digital infrastructure, including data and experts to help researchers leverage technology, is critical to research in so many areas,” he says.

“While this has always been the case, COVID has reminded us of the pressing need to expand the capacity for remote access, afforded us the opportunity to think about new ways to use technology in our work and forced us to think more creatively about how we use data to inform decisions. Compute Ontario is committed to helping researchers access the digital infrastructure they need to be productive and competitive, and to helping the Government of Ontario support its strategic priorities.”

Karen Mossman, McMaster’s vice-president of research, says Sonnadara has contributed much to the research enterprise during his tenure at McMaster.

“Ranil has contributed immensely to our research community through his leadership and knowledge of advanced computing,” she says, adding that when the pandemic hit, he also played an instrumental role in overseeing the design of the portal to simplify the process of getting researchers back safely and quickly.

“McMaster – and all of Ontario’s universities – will be well served with Ranil in this leadership role,” she says.

Mark Daley, Chair of CO’s Board of Directors, says Sonnadara’s research and leadership experience position him perfectly to lead the organization.

“As Compute Ontario moves forward, Ranil will continue to work closely with all of our key partners and stakeholders to build a stronger, partnership-based Digital Research Infrastructure system across Ontario that will also be an integral part of the evolving national ecosystem.”

Sonnadara will continue his appointments at McMaster and at the Vector Institute for Artificial Intelligence.