Parminder Raina, pioneer in research on aging, appointed to Order of Canada 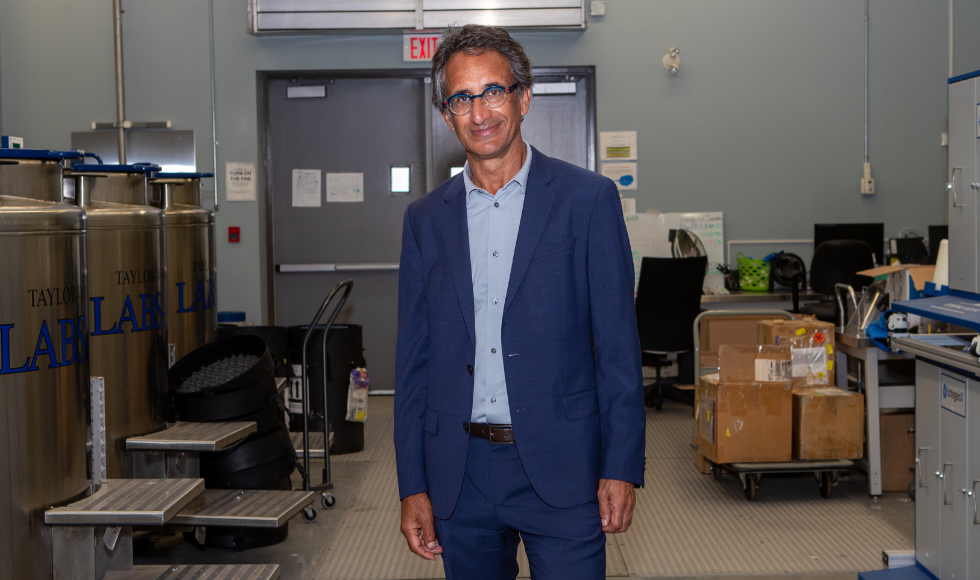 Parminder Raina is receiving one of the country's highest honours in recognition decades of research to understand and improve older adults’ health and quality of life.

McMaster professor Parminder Raina has been named a member of the Order of Canada for his research on aging and its impact on health and disease.

Raina is receiving one of the country’s highest honours in recognition of decades of research and his work as lead principal investigator of the Canadian Longitudinal Study on Aging (CLSA).

The interdisciplinary study was designed collaboratively with co-principal investigators from McGill and Dalhousie universities to advance the science of aging in Canada and across the globe. Its findings are used by researchers across Canada to develop evidence to inform decisions at local, provincial and national levels.

The CLSA follows 50,000 people who were between the ages of 45 and 85 at recruitment, collecting information every three years until 2033 on the biological, medical, psychological, social, lifestyle and economic conditions affecting their lives as they age.

“My motivation is to make McMaster the premier location for aging research in Canada and grow a network that supports emerging researchers and trainees moving forward, as well as research that directly impacts the lives of older people and their families,” says Raina, a professor in the department of Health Research Methods, Evidence and Impact and founding scientific director of the McMaster Institute for Research on Aging.

“The CLSA is one of the largest cohorts concerning aging in the world and establishing it is one of my and colleagues’ proudest moments. This scientific platform is now a global resource for researchers studying aging,” he says.

“My interest has always been research, and I never thought about awards and accolades.”

Most recently, the CLSA conducted extensive research on the impact of COVID-19 on older adults’ health.

Raina and his colleagues found that 43 per cent of adults over 50 experienced moderate or high levels of depressive symptoms at the beginning of the pandemic, which increased over time.

These findings directly influenced the Public Health Agency of Canada’s strategy for ensuring the mental well-being of older adults in the pandemic, Raina says.

Raina also holds a Canada Research Chair in Geroscience, as well as the Raymond and Margaret Labarge Chair in Research and Knowledge Application for Optimal Aging.

Raina is one of the founding members of the McMaster Optimal Aging Portal and the Ontario Research Coalition of Aging Institutes/Centres. He was also member of the National Seniors Council from 2018 – 2021.

“Dr. Raina’s ongoing research has transformed both McMaster University and Canada into a global hub of information and research regarding health care for elderly people,” says Paul O’Byrne, dean and vice-president of the Faculty of Health Sciences.

“Researchers and clinicians from around the world have benefited hugely from Dr. Raina’s groundbreaking efforts to provide valuable data that is helping to shape government policies around health care for seniors.”

Governor General Mary Simon announced 85 appointments to the Order of Canada on Wednesday. Besides Raina, one former McMaster professor and two McMaster graduates were also appointed: