Chemists develop method to quickly screen, identify fentanyl and other drugs of abuse 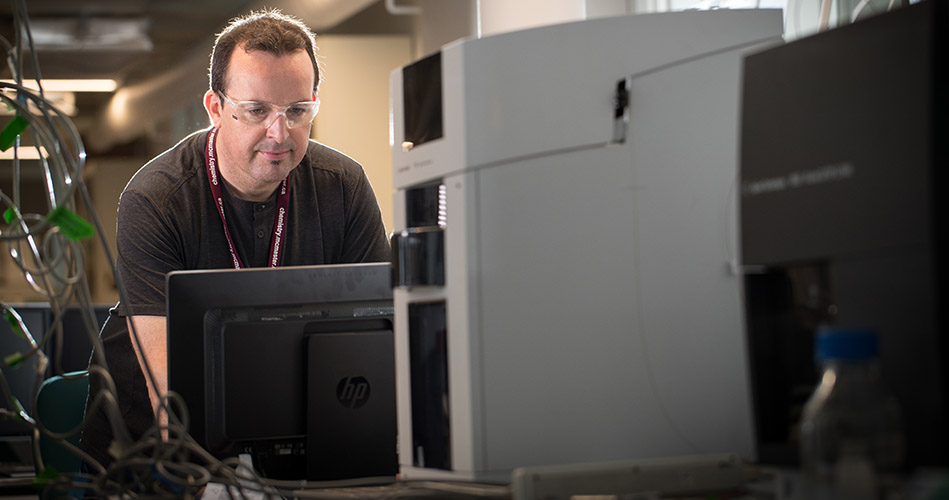 Researchers at McMaster University have developed a new drug screening technique that could lead to the rapid and accurate identification of fentanyl, as well as a vast number of other drugs of abuse, which up until now have been difficult to detect by traditional urine tests.

The method, outlined in the current edition of the journal Analytical Chemistry, addresses a serious public health emergency related to opioid addiction and unintentional overdose deaths: the lack of a reliable and inexpensive test that allows for comprehensive surveillance of synthetic drugs flooding the illegal market.

The new method would eliminate a two-stage process currently in use for drug monitoring by allowing technicians to run many tests at once in a high throughput manner — dramatically cutting processing time while improving screening accuracy with quality assurance. Importantly, this mass spectrometric method can also screen for a wider range of drugs of abuse, as well as identify designer drugs that elude conventional tests.

New technologies are urgently needed, given a worldwide epidemic of prescription and illicit drug abuse and its devastating impacts on public health. According to a recent report by the United Nations Office on Drugs and Crime approximately 35 million people worldwide used opioid drugs in the year 2014. In 2016, the Public Health Agency of Canada reported an estimated 2,800 people died of opioid overdoses alone. It expects that number to rise to at least 3,000 in 2017.

Conventional tests using immunoassays fall short because they cannot detect the alarming assortment of drugs, which include synthetic opioids, tranquilizers, stimulants and anti-anxiety agents. Additional confirmation tests are also required due to a high rate of false positives and false negatives, which slows the process further.

“Drug testing is always behind the times since screening relies on antibody reagents that target only known drugs and they are prone to error, which contributes to higher health care costs and delays to clinical decision making,” explains Phillip Britz-McKibbin, a professor in the Department of Chemistry and Chemical Biology at McMaster and lead author of the study.

“Current technologies are not specific, accurate nor comprehensive enough, which impairs a physician’s ability to properly care for patients, such as monitoring for drug compliance, potential substitution or polydrug usage,” he says.

This problem extends beyond pain management; take, for example, a clinically depressed patient. Prescribed anti-anxiety medications can be harmful if taken at the wrong dosage or not taken at all, leading to a higher risk for self-harm especially if mixed with other drugs. Only accurate urine tests can show whether or not the patient is following a doctor’s prescription or taking other harmful substances that can compromise treatment efficacy and patient safety, explains Britz-McKibbin.

Researchers plan to validate the method relative to conventional screening tests for a broad spectrum of drugs of abuse on a cohort of in-patients, currently under physician care.

The work was funded by the Natural Sciences and Engineering Research Council of Canada and involved a collaboration with Seroclinix Corporation and Agilent Technologies Inc.