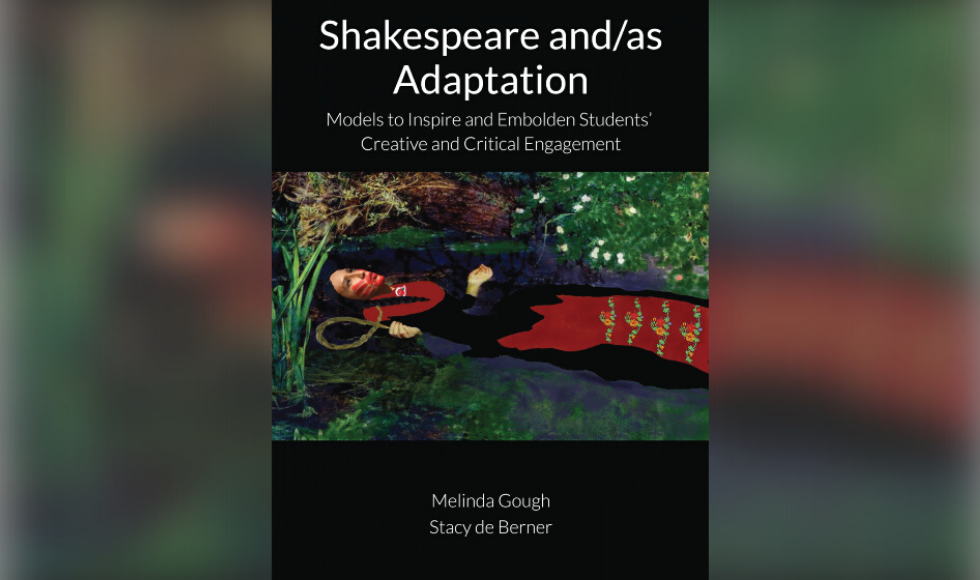 In his lifetime, Shakespeare was a borrower, lifting plots, characters and phrases from contemporary and historic sources as varied as Boccaccio, Holinshed and Plutarch.

Four hundred years later, the borrower has become the borrowed. From West Side Story to The Lion King, and from Toni Morrison’s Desdemona to Vishal Bhardwaj’s Maqbool, Shakespeare’s works have been adapted for a modern audience in a range of genres.

It’s that dual role that gets explored in Melinda Gough’s second-year Shakespeare class, “Shakespeare and/as Adaptation,” and is the topic of a new resource created by Gough and her students that has recently become available on eCampus Ontario.

Shakespeare and/as Adaptation: Models to Inspire and Embolden Students’ Creative and Critical Engagement is an e-book built on Pressbooks, an open-source online platform that, among other functions, allows academic authors and publishers to create, adapt and share materials such as digital textbooks and other resources.

The book showcases a selection of students’ final projects, which engaged with the themes of the class in one of three ways:

The book is now also able to serve as a resource for future instructors and students interested in undertaking a similar type of project.

“[The students’] curiosity, creativity and critical acumen inspired this resource as a way of helping to build, beyond the confines of that particular [Shakespeare] course, a more welcoming, more engaged, and more inclusive intellectual community focused around Shakespeare and/as Adaptation,” wrote Gough in the acknowledgements for the pressbook.

Stacy de Berner, an English and Cultural Studies student in her fourth year who took the class, worked with Gough to create the pressbook, first working on the project over the summer of 2021 in the Indigenous Undergraduate Summer Research Scholars (IUSRS) program.

“Working on the pressbook allowed me to meet many different people throughout the university and across different departments, and that gave me a unique view into how the university works, and what you can do with a PhD,” she says. “Seeing how they rely on each other was inspiring – as was the collaboration and interdisciplinary connections.”

For her final project, de Berner created Pulling Ophelia Out of the Red, a digital adaptation of John Everett Millais’ painting Ophelia that contrasted the 19th-century fascination with Ophelia’s drowning with the contemporary lack of attention paid to reports of missing and murdered Indigenous women.

The image, which replaces the image of Ophelia with that of an Indigenous woman, was used as the cover of the book, while her analysis of her piece won the Humanities Level II essay prize.

“I think it’s important to use Shakespeare’s canon and brand to speak to issues that affect Indigenous people especially, but other populations as well,” says de Berner, who is an off-reserve Chippewa from Beausoleil First Nation.

“Shakespeare borrowed, and so I’m borrowing his stories to speak to our issues. It’s putting Indigenous people into spaces where we’ve previously been excluded. We’re stealing his thunder and using it for ourselves.”