MOU to yield new opportunities for faculty and grad students 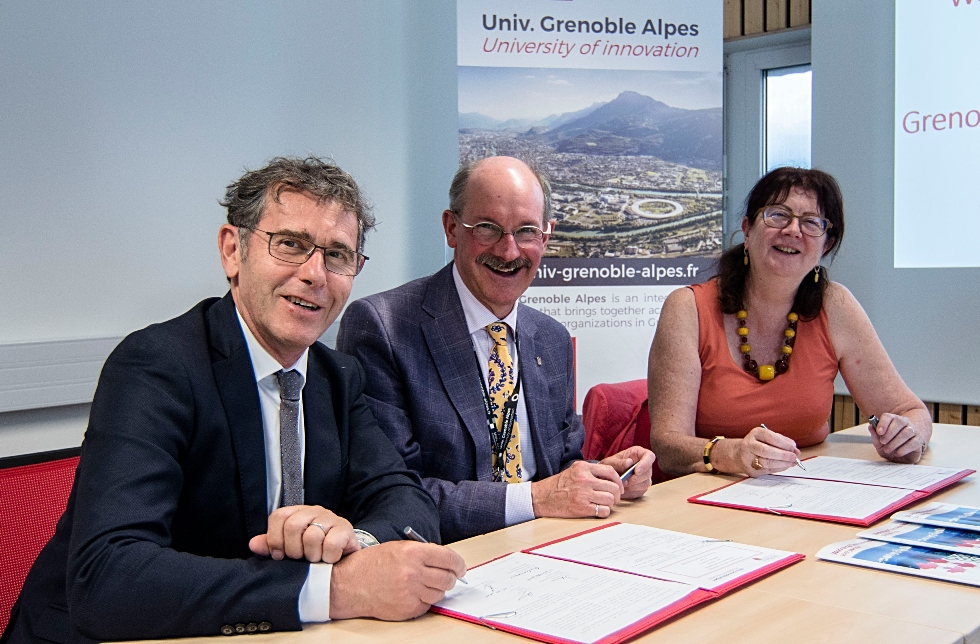 McMaster University has signed an agreement with Communauté Université Grenoble Alpes (ComUE UGA) that will see the development and expansion of new and existing academic and research collaborations.

The agreement establishes a strategic partnership between McMaster and ComUE UGA that will provide a framework for joint research projects, faculty, staff and student research exchanges and the exchange of academic and scientific information in a number of areas including, materials science and engineering, mathematics, ecology, geosciences, astronomy, biology, neurosciences.

The workshop, which was attended by more than 30 representatives from McMaster’s Faculties of Science and Engineering and several French higher education and research institutions, is the second joint workshop to be organized by McMaster and the CNRS.

The first meeting was hosted at McMaster in 2018 and resulted in the establishment of a joint steering committee aimed at facilitating research and academic collaborations between McMaster and French research institutions.

McMaster has a long history of partnership with the French research community. McMaster and French researchers are currently collaborating on projects in a range of areas including material sciences, metallurgy, pure and applied mathematics, theoretical physics, theoretical chemistry, ecology and geosciences, anthropology and archeo-science, astronomy and astrophysics, biology and neurosciences.