More than 1,000 to earn degrees at science convocation 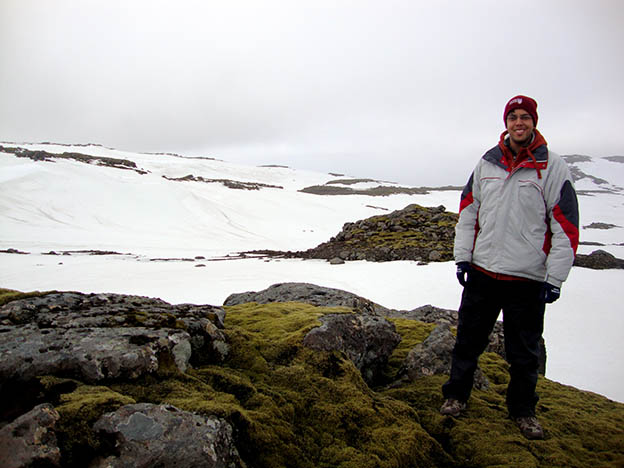 Prateek Gupta stands on top of a glacier in Iceland in 2012. The Integrated Science student is one of more than 1,000 science students who will attend convocation June 13 at Hamilton Place.

McMaster’s Integrated Science Program has been called unique, innovative and cutting-edge. Its students are often considered “outside-the-box” thinkers, while its faculty members are called world-class.

But what do these words mean in practice?

For Prateek Gupta, they meant a very busy four years.

During his time at McMaster, Gupta, a member of the program’s first graduating class and its student society president, was able to perform hands-on research, travel internationally and was named one of Canada’s most promising students.

In May 2012, Gupta was part of a class that travelled to Iceland to study volcanoes and glaciers. Later that summer, he spent a week in Whitefish Falls, about an hour southwest of Sudbury, researching glacial bedrock formations.

After Thursday’s science Convocation, he will prepare for the next stage of his academic career: law school.

“He’s an amazing student in so many ways,” iSci director Carolyn Eyles told the Daily News in 2011, after Gupta was named one of Canada’s Next 36, a national program designed to launch the careers of 36 of Canada’s most promising students. “He’s a sponge for information and he’s always thinking beyond the classroom. I can’t wait to see what he will accomplish.”

Gupta and his peers will join the more than 1,000 science students crossing the stage at convocation June 13 at Hamilton Place.