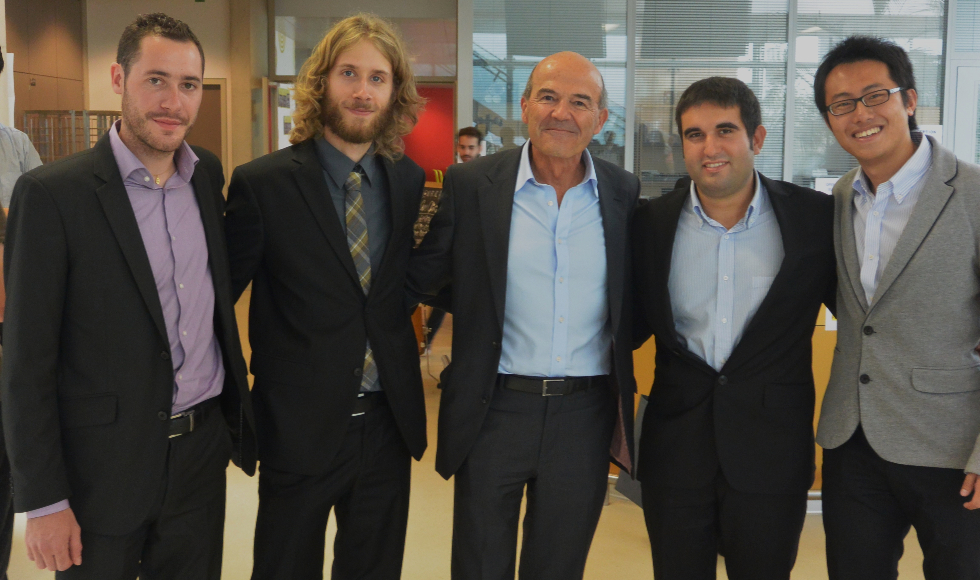 It was an early morning in Geneva when Michel Rappaz turned his phone off from airplane mode after a flight home from the United States. When he did, he sifted through his inbox, drudging through the “many useless” emails that often pile up.

One caught his eye.

“Please find attached a letter from Dr. Patrick Deane, President and Vice-Chancellor of McMaster University,” it read. After checking to make sure it wasn’t spam, he learned that he was being awarded an honorary degree from McMaster Engineering.

It was, he says, “a wonderful surprise.”

“I know McMaster quite well as I’ve had several excellent colleagues in friends in the field of solidification there,” says Rappaz.

“Receiving an honorary degree from this renown university in the field of materials, together with the 2018 Nobel Prize winner in physics Donna Strickland, is a great honour for me.”

Rappaz, an emeritus professor at the École polytechnique fédérale de Lausanne (EPFL) in Lausanne, Switzerland, is a globally recognized leader and mentor in materials science. His research has made major contributions to the steel and aluminum alloy casting industries. He will receive his honorary degree from McMaster’s Faculty of Engineering on the morning of June 14, 2019. He never planned to have a career in engineering or academia.

Rappaz’s parents, who were farmers, sold their goods at the open market in Lausanne. Their two sons, Jacques and Michel, were awarded prizes in physics and math in high school, where their teachers encouraged them to pursue their education at the very university they both now work at.

“We just took opportunities when they occurred,” says Rappaz. “My brother, after three years in Polytechnique-Paris, became a professor in math as I did in materials, both at EPFL. We were known as the ‘Rappaz brothers’ and even collaborated on several research projects.”

He says he often finds inspiration from unexpected moments.

“New ideas can come by attending seminars or colloquia which are not directly in your field, or discussing with colleagues from other disciplines.”

But one of his favourite avenues of inspiration comes from hiking in the Alps, or wherever he is in the world.

“When you walk, without talking and of course without any music from your mobile phone, your brain enters some state of meditation,” says Rappaz. “Frequently, I get ideas while walking. I have had also quite often ideas while sleeping — I am not a good sleeper — in a state of semi-consciousness.”

One of his greatest accomplishments, he says, is being a role model for more than 40 PhD students, approximately a hundred masters students and several thousand undergraduate students over the years.

“Besides sharing my enthusiasm and what I know in the field of materials,” says Rappaz, “I try to show my students the importance of staying honest and modest in science, pragmatic and curious when doing research, tedious and joyful when working, respectful of others. If you want to teach that, the best way is to first apply that to yourself.”