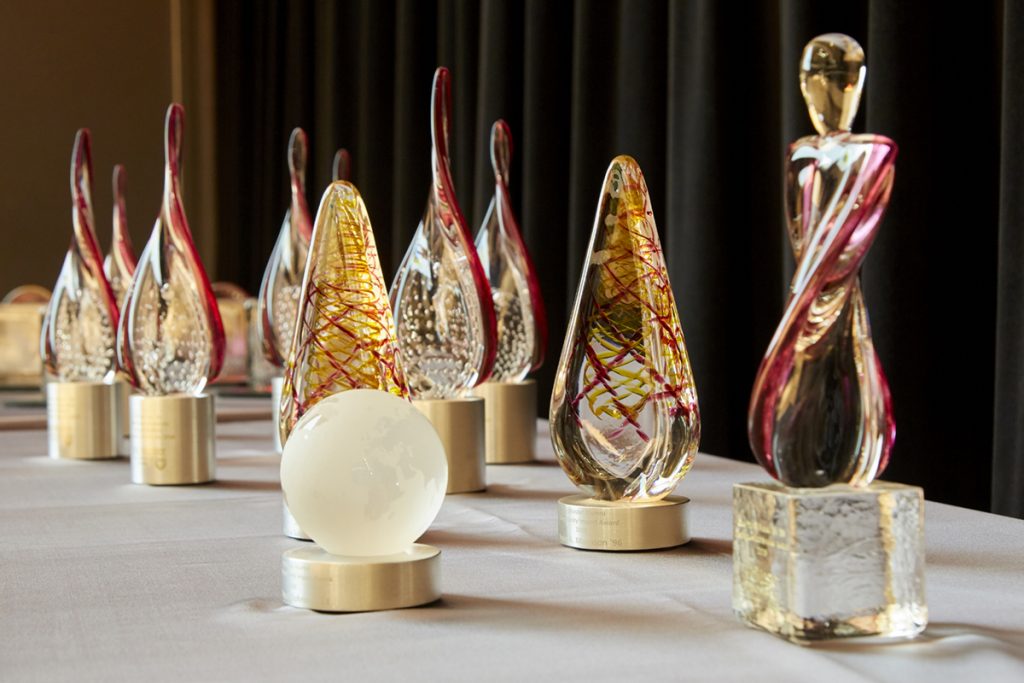 As part of the event, eight members of the McMaster community will be inducted into the Alumni Gallery for their contributions to the university and beyond. Learn more about the esteemed 2021 inductees below.

Please visit the awards website for details on how to join the virtual festivities. Downey is driven to create change and says it’s why she chose a health profession. A mother and grandmother of Ojibwe and Celtic heritage, she received a BSc in nursing from the University of Ottawa then came to McMaster after gaining experience in the nursing field to pursue her masters, PhD and post-doctoral work in medical anthropology.

A life-long advocate in the work of addressing the serious health inequalities among Indigenous populations in Canada, Downey continued at McMaster after her studies, joining the School of Nursing in 2017, cross-appointed with the Department of Psychiatry and Neuro-Behavioural Sciences. She also led the Indigenous Health Initiative with the Faculty of Health Sciences and the development of the McMaster Indigenous Research Institute. “My life was oriented toward the navy, not toward university,” says Zeuner, who completed his B.Eng in Engineering Physics in 1980 and then spent the next five years studying part-time to earn his Masters degree in Engineering while he was a Canadian naval officer out on deployments.

After retiring as a Lieutenant Commander in 1989, Zeuner co-founded AXYZ International in 1991, leveraging the knowledge he gained at McMaster. AXYZ builds CNC modular routers that can be configured to the customers’ needs.

Over the next 25 years, Zeuner helped build the company into Canada’s largest CNC router machine manufacturer and expand its footprint across North America, Europe and Asia-Pacific. He even returned to McMaster to hire graduates and co-op students and recently established an endowment to provide a bursary to a deserving McMaster engineering student from a Hamilton inner-city neighbourhood. Pappin is known for her strong industry leadership and expertise in market and product development, engineering, energy management, manufacturing and corporate strategy. In 2014, Pappin was appointed to ArcelorMittal Dofasco’s Executive Team, as VP Technology, after having held senior roles throughout technology including General Manager, Metallurgy and Quality, and Business Unit Manager of Cold Roll and Tinplate Technology. Then in 2018, she was appointed VP Manufacturing at ArcelorMittal Dofasco – the first female to ever hold the role in the company’s 106-year history.

She now serves as Chief Transformation Officer, where she works to accelerate the company’s adoption of technology and challenge assumptions about work processes. She’s also an involved mentor for women and girls pursuing a career in STEM and is also a member of the Dean’s Advisory Board, offering input and guidance on choosing future directions for McMaster’s Faculty of Engineering. After graduating with a business degree in commerce, strategy and economics, Lee worked in the private sector as a pioneer in online banking and with large-scale telecommunications and IT management consulting firms. He joined the Canadian Department of Foreign Affairs and International Trade (DFATD) in 2004, where he later became the first director of Innovation.

He has since held senior positions at the World Trade Organization and the International Committee of the Red Cross, spearheading major organizational and international reform initiatives.

In 2015, Lee was named Consul General of Canada in San Francisco, with accreditation for Northern California and Hawaii – becoming one of the youngest consul generals in Canadian history at the age of 38. Lee’s duties revolve largely around trade and politics — representing Canadian business interests and supporting U.S.-Canadian diplomatic relations. Following his graduation in 1980, Marinucci received his Chartered Professional Accountant designation and launched an impressive career, gaining extensive experience in the manufacturing sector and in operational restructurings. He was president of National Steel Car Limited where he grew the company to become the second largest railcar manufacturer in North America.

Marinucci earned his Chartered Director designation through DeGroote’s Directors College and says he strongly believes in the power of learning and its positive impact on our communities and the quality of lives. Marinucci and his family foundation have certainly been very generous to McMaster and its students – with gifts to help build the Ron Joyce Centre in Burlington, scholarships, as well as the newest gift to create the Marinucci Entrepreneurial Studio at the DeGroote School of Business on the Hamilton campus. Building on his studies in both chemistry and psychology at McMaster, Black began his career as an assistant professor in Nutrition Sciences at the University of Toronto before moving to various roles within the private sector. He has over 25 years of experience in the food industry and has worked at several large organizations in the industry, including Kellogg Company and PepsiCo, where he was vice president of Global Nutrition Sciences.

With his extensive experience and expertise in nutrition science and in commercializing research, he’s been tapped by Health Canada to serve on advisory panels for developing policies on health claims and the addition of micronutrients in food. He’s also given back to McMaster by sharing with students his insights on pursuing science careers outside of academia. Before pursuing her medical degree at McMaster, Verma obtained a law degree from University of Ottawa in 1981. As a lawyer and a diplomat in Canada’s foreign service, she worked with United Nations High Commissioner for Refugees (UNHCR) in Sudan and Ethiopia for several years before returning from Africa to enroll in med school.

Verma became the deputy dean of the Faculty of Medicine and associate vice-provost, Health Professions Education at the University of Toronto (UofT), then served as the associate vice-provost, relations with Health Care Institutions and special advisor to the dean of medicine at the UofT. She then became vice president, Education at the Association of Faculties of Medicine of Canada (AFMC) before taking the role of dean, president and CEO of the Northern Ontario School of Medicine. After graduating with a degree in Metallurgical Engineering in 1981, Donnelly joined Dofasco as a production engineer. He was promoted to various leadership positions within the company before being appointed general manager of market development and product applications in 2003. In 2014, Donnelly was appointed to the position of President and CEO ArcelorMittal Dofasco and Member of the ArcelorMittal Management Committee.

He’s become known for his contributions to the Canadian steel industry for having made a profound impact on the automotive, construction and manufacturing distribution, energy and packing sectors. He’s also known for enhancing Canada’s competitiveness through his services. Donnelly is a member of several boards, including the McMaster University Board of Governors, Canadian Steel Producers Association, Canadian Automotive Partnership Council and Alectra Utilities Corporation.

Over the past six years, McMaster alumnus Lavan Kandiah ’15 went from being a history major to working with the United Nations in Africa. Listen to his reflections and advice for Mac graduates on the latest episode of the Unconventional podcast.