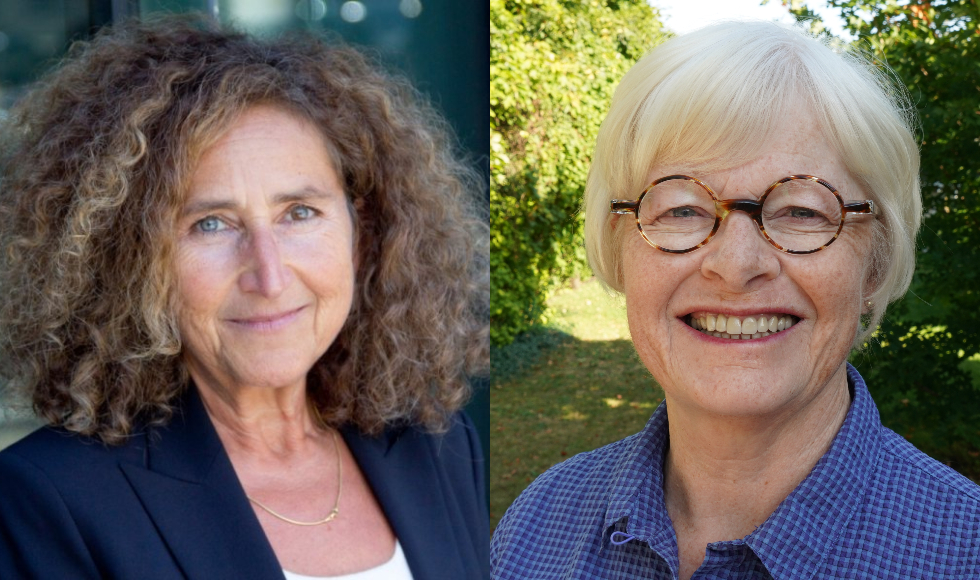 A global leader in postsecondary education and a former director of McMaster’s School of Rehabilitation Science will receive honorary degrees at Thursday’s convocation ceremonies.

She has been a member of the governing council of the Magna Charta Observatory since 2012, and is the co-author of the 2015 Internationalisation of Higher Education study for the European Parliament’s Committee on Culture and Education. In addition to remaining involved with the IAU as a senior fellow, Egron-Polak is a member of the executive board of Global Access to Post-Secondary Education (GAPS). She will receive her honorary degree on Thursday, November 21 at 9:30 a.m.

Mary Law, a McMaster MSc graduate in Clinical Epidemiology and Biostatistics, worked as an occupational therapist and research clinician before serving as director of research for Chedoke-McMaster Hospitals. She was a professor in the School of Occupational Therapy and Physiotherapy and the Department of Clinical Epidemiology and Biostatistics, and served as associate dean of Health Sciences (Rehabilitation) and director of the School of Rehabilitation Science for a decade. In 2001, she became the inaugural John and Margaret Lillie Chair in Childhood Disability Research, and retired as professor emerita in 2014.

A co-founder of the CanChild Centre for Childhood Disability Research, Law’s work influenced the World Health Organization’s International Classification of Functioning, Disability and Health. She is a lifetime member of the Canadian Association of Occupational Therapists and an officer of the Order of Canada. She will receive her honorary degree on Thursday, November 21 at 2:30 p.m.