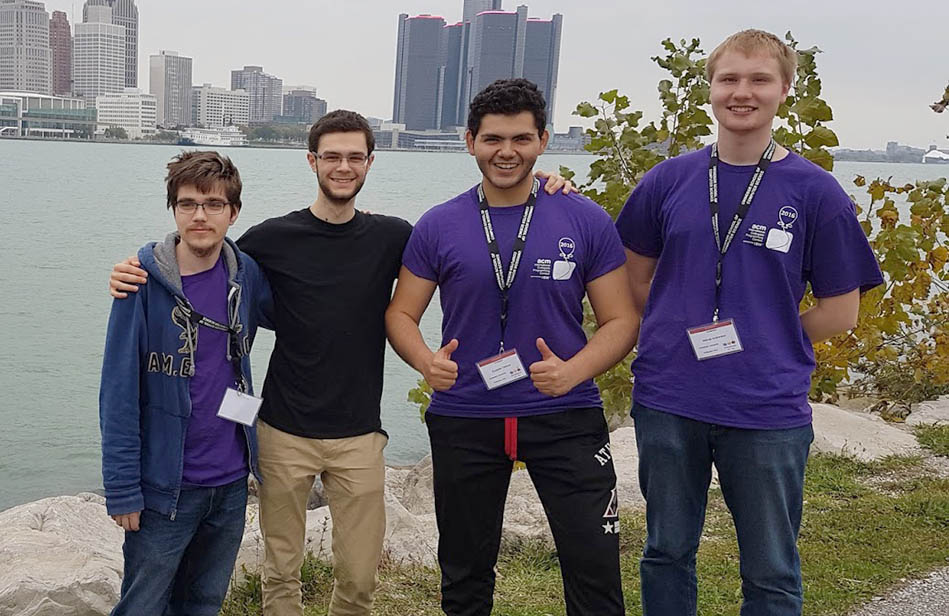 McMaster was ranked 3rd among Canadian universities at the Association of Computer Machinery (ACM) International Collegiate Programming Contest regional competition on Oct. 29 at the University of Minnesota in Minneapolis. More than 100 teams competed.

The International Collegiate Programming Competition (ICPC) is a global, team-based programming competition that enables students to test their abilities under pressure, while cultivating creativity, teamwork, and innovation.

The ICPC is the most prestigious programming competition among student teams and gives the opportunity to present themselves to the global technology community. The Association of Computer Machinery is the world’s largest educational and scientific computing society, helping to advance the profession of computing.

Most of the students competing this year were Software and Computer
students, along with a first year student.

This year marks the second time that the McMaster ACM Chapter has competed in the ICPC. This, the McMaster ACM chapter sent three teams, which placed 16th , 34th, and 68th out of 120 teams.

The Association of Computer Machinery is the world’s largest educational and scientific computing society, helping to advance the profession of computing

The ACM chapter welcomes students to try out for this competition through campus tryouts.

Top teams of three students each will be assigned a coach and will represent McMaster at the regional competition. Top teams will advance to further rounds and be eligible to win up to $12,000 at the ICPC finals.