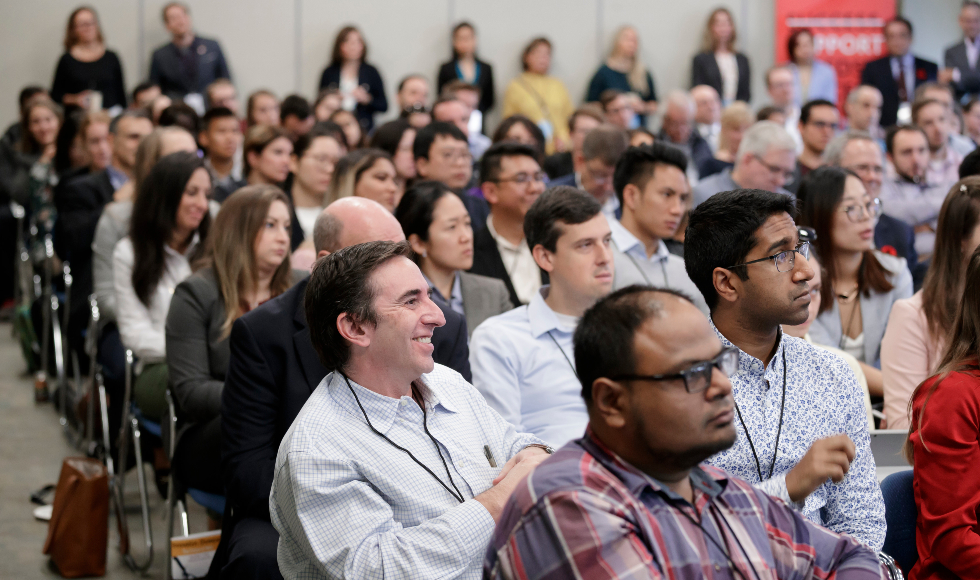 Three McMaster researchers have been recognized for their work by the office of the vice-president, Research at this year’s Innovation Showcase.

Hendrik Poinar, a molecular evolutionary geneticist and biological anthropologist in the department of anthropology, won the Synergy Award, which recognizes excellence in interdisciplinary research. As head of McMaster’s Ancient DNA Centre and as a member of the Institute for Infectious Disease Research, Poinar regularly collaborates on research projects across faculties, both at McMaster and internationally.

The Innovator of the Year award, which recognizes success in research commercialization, went to John Valliant, the founder of the Centre for Probe Development and Commercialization. “Under John’s direction, the CPDC has established itself as a global leader in next generation radiopharmaceuticals by developing novel molecular imaging probe technologies, all while manufacturing and delivering a reliable daily supply of existing probes to hospitals worldwide,” said Karen Mossman, associate vice-president, Research, at the ceremony. “The CPDC has recently been renewed for an unprecedented third term of federal funding to expand initiatives in producing mew radiopharmaceutical solutions.”

Finally, John Bandler, professor emeritus in the department of Electrical and Computer Engineering, received the Lifetime Innovator Award for his career’s worth of achievements, including a software company he founded that was purchased by Hewlett-Packard, and pioneering work in “space mapping” technology. Among many other professional accolades, he was named an Officer of the Order of Canada in 2016.

Hosted by the McMaster Industry Liaison Office, the Innovation Showcase connects researchers with industry and entrepreneurs who may be interested in turning research into commercial products and services.

Please note that the panel event scheduled for December 6, 2022 is cancelled and the Men’s Walk and the REDress Project is postponed until February 14, 2023.