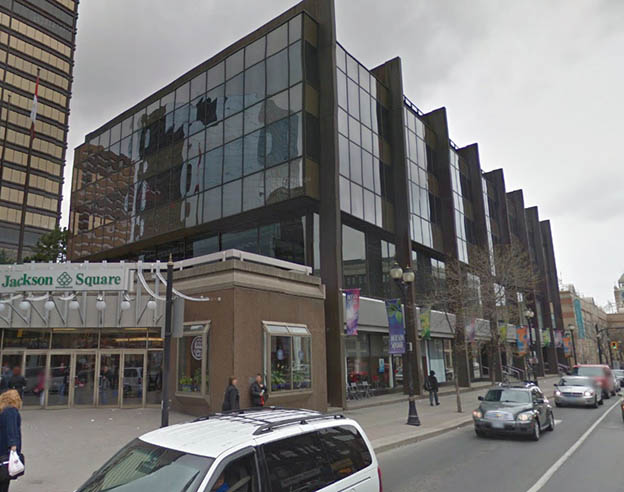 McMaster will take over more than 50,000 square feet of space at 1 James Street North in downtown Hamilton. The move will allow 200 staff and 4,000 students to remain in the city's core.

McMaster has chosen the heart of Hamilton for relocating its downtown classrooms and offices from the current Downtown Centre. The move allows 200 staff and 4,000 students to remain in the city’s core.

McMaster has been contributing to the downtown for the past 13 years at the DTC. The building at Main and John is owned by the city of Hamilton which now requires the space for its own purposes.

“We’re pleased to announce that McMaster is taking over more than 50,000 square feet of space at 1 James North, right at the corner of James and King,” said Roger Couldrey, McMaster’s vice-president, Administration.

“When the city informed us we would have to move, our top priority was keeping staff and students together and in the downtown.   Contributing to the developing vibrancy of downtown has been an important part of our decision-making and Yale Properties has been a very supportive partner in helping us find space that can be designed in a flexible manner that meets our needs now and into the future.”

Among those services and units moving are:

•       The Centre for Continuing Education

The University is leasing the whole building at 1 James North, which is part of the Jackson Square retail and office complex. The new location is easily accessed by public transit, offers ample nearby parking and is in close proximity to a wide array of services and amenities.  It’s also just two blocks away from McMaster’s new Health Campus which is currently under construction at Main and Bay, and just two blocks from the current Downtown Centre location

With the new location confirmed, the University will begin planning for the move. It is expected units and services will be relocated in stages to limit disruption to students, the delivery of services and business operations.