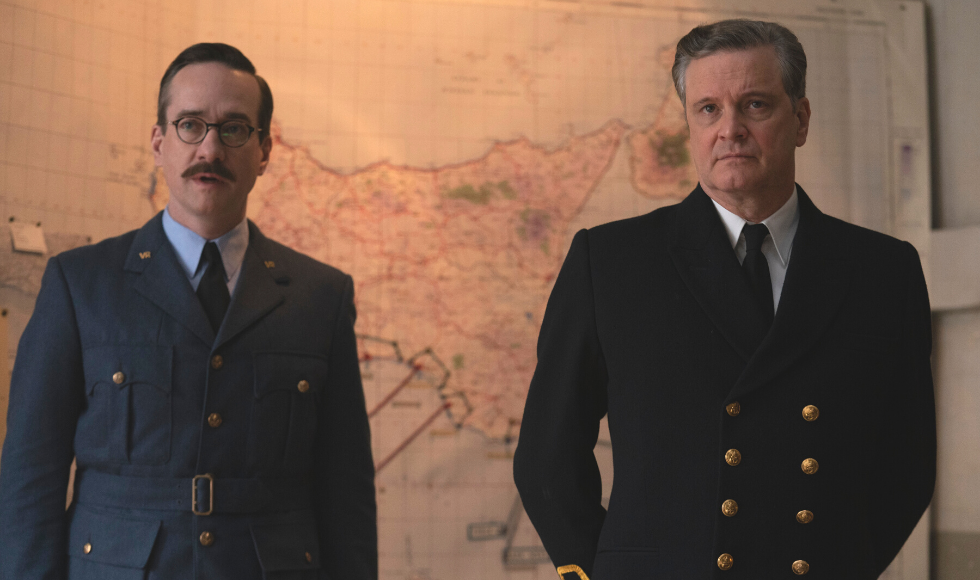 Rare maps from McMaster University Library are once again in the spotlight in the new wartime cinematic thriller, Operation Mincemeat.

Based on a true story of deception, Operation Mincemeat features two British intelligence officers who hatch an outlandish scheme to trick the Nazis and alter the course of the Second World War. Directed by Oscar nominated John Madden, the big-budget thriller features a star-studded cast led by Oscar winner Colin Firth and Matthew Macfadyen.

The film was released in select theatres, with Netflix set to distribute the film in North and Latin America starting May 11, 2022.

Gord Beck, former long-time map specialist at McMaster University Library, says it has been a thrill spotting at least two of the library’s maps in the cinematic trailer, which has already been viewed close to two million times.

“It really is like seeing your friend in a movie,” said Beck, who retired in 2021 after 35 years at McMaster library.

“I spent years pouring over these maps, and they are easily recognizable to me. It’s so very exciting to see them again in this way.”

The historical and rare maps in McMaster’s Lloyd Reeds Map Collection span the years between 1486 and the end of the Cold War in 1990. The collection is an indispensable teaching resource providing students with the opportunity to examine cartography as not just a tool for navigation, but as a work of art, an expression of power, a cultural worldview, and a chronicle of scientific advancement.

The collection features in excess of 10,000 digitized maps alone from the Second World War. It has grown to this size thanks to gift-in-kind and financial donations, as well as partnerships with the Canadian Warplane Heritage Museum, University of Alberta, and Wilfrid Laurier University, among others.

More than 20 digitized maps from McMaster were used as props and set dressing in Operation Mincemeat.

The two that are clearly identifiable in the movie’s trailer are the Cadiz and Sicilia, which were air maps produced by the Great Britain War Office in 1940 and 1941, respectively.

“During both the First and Second World Wars, there was a scramble for current topographic maps for countries where there were battles taking place,” Beck said.

“These maps were probably originally produced by the Italian or Spanish governments, and the British government would have acquired them. The maps would have been translated into English, with numbers converted into imperial system units, and then mass produced for the troops.”

While these maps are accessible through various academic institutions and museums, McMaster’s forward-thinking approach to the digitization and cataloguing process has made the collection attractive to movie producers.

McMaster staff had the foresight to scan the maps starting back in 2011 at 600 pixels per inch (ppi) as opposed to 300 ppi, meaning the maps may be reproduced far larger than their original size. The team also created a variety of innovative geographic indexes that make it easy for those seeking such maps to find exactly what they need in McMaster library’s digital archive.

“Gord and his colleagues were ahead of the curve when they started the digitization process,” said Jay Brodeur, associate director of Digital Scholarship Services at McMaster library. “Although the main goal of digitization was to make these maps widely available for research and teaching, it has been a pleasure to see them incorporated into a variety of creative works and popular culture.”

This is not the first time McMaster maps have starred alongside world-famous actors in major motion pictures. Digitized items from the collection recently appeared in the First World War film 1917, which, coincidentally, also starred Colin Firth, as well as the Second World War film Fury starring Brad Pitt.