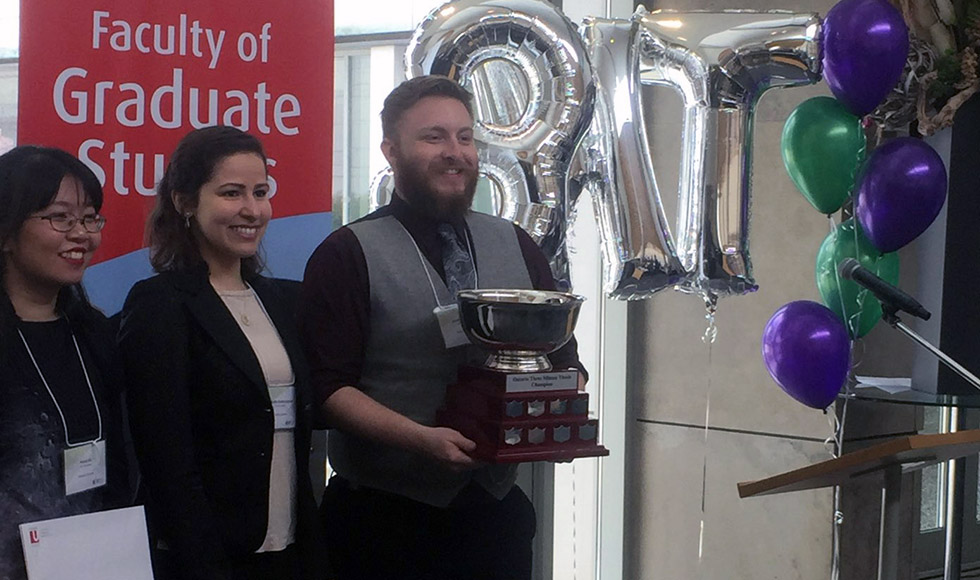 He competed in a field that included a mix of Masters and PhD students from 20 universities across Ontario. The competition was held at York University in Toronto.

Berry, a PhD in Psychology, Neuroscience and Behaviour, presented his 3MT, Scientifically Quantifying the Craft of Acting. He had earned the opportunity to represent the University at the provincial competition after winning McMaster’s title in March.

This is the fifth time graduate students from across Ontario have competed for the provincial title, and the first time a McMaster student has won the crown.

The Library is offering appointment-based access to the William Ready Division of Archives and Research Collections to provide McMaster faculty, post-doctoral fellows and students with access to the rare books and archival materials they need.