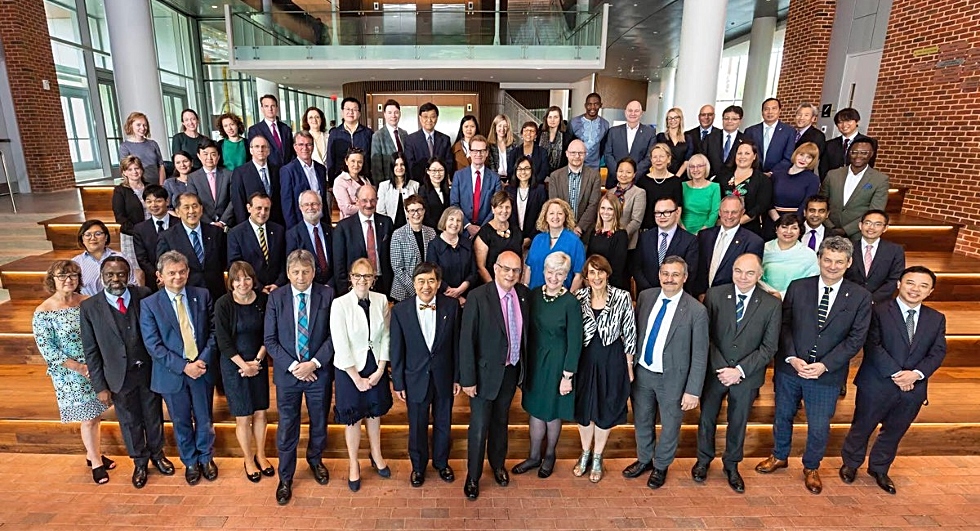 Representatives from universities around the world recently gathered for the Universitas 21 annual meeting held at the University of Maryland. McMaster President Patrick Deane and Vice-Provost, International Affairs, Peter Mascher were in attendance.

Deane and Mascher were at the University of Maryland to take part in the annual general meeting of the Universitas 21(U21), a prestigious global community of 26 universities – many of which are among the top 100 universities in the world – that empowers its members to share excellence, collaborate across borders, and nurture global exchange.

The theme of this year’s U21 meeting was “Globalization, Isolationism, and the Response in Higher Education.”

“Networks like the U21 are critically important as McMaster seeks to engage globally,” says Deane. “They provide an opportunity to discuss and advance key issues of mutual interest and allow us to build valuable connections and partnerships with our peer institutions internationally.”

During the meeting, Deane and Mascher signed two MOUs with the University of Melbourne – also a U21 member institution. The first agreement provides a framework for the development of joint research and academic activities; the second will see the creation of a student exchange program between the two institutions.

Deane and Mascher also participated in networking sessions which took place throughout the meeting, and attended a number of workshops focussed onstudent mental health and well-being; educational innovation; researcher engagement and the student experience. As well, they participated in the President’s Symposium which included case studies presented by faculty and leaders from U21 institutions.

Mascher says both the development of the MOUs and the continuing opportunity to engage with global research-intensive universities point to the value of participating in global networks such as the U21.

“International partnerships are integral to nearly everything we do whether it’s student mobility, the development of research programs, graduate programs or educational opportunities,” says Mascher. “Going forward, we will continue to engage and explore partnerships with U21 member institutions with the goal of developing new and rich opportunities for our students and researchers.”