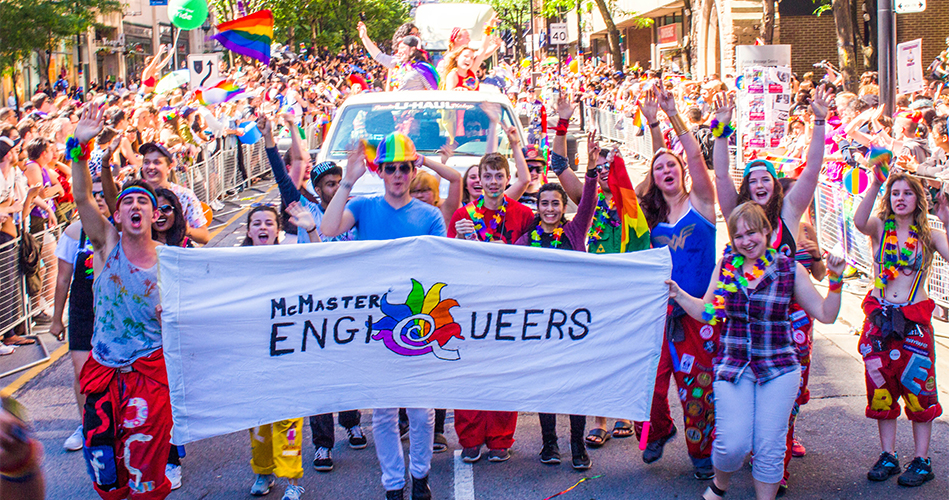 Keep calm and Pride on!

McMaster students from different faculties and levels joined the EngiQueers to march along with other schools, organizations, groups and hundreds of people at the Toronto Pride Parade.

“Engineering culture can be very male dominated, heteronormative and cisnormative at times. Being able to march as queer engineers is quite the statement, at least in our eyes.” says Poloni.

McMaster EngiQueers is open to everyone, whether one is LGBTQ or an ally, students are able to participate in events, volunteer and partake in open session executive meetings.