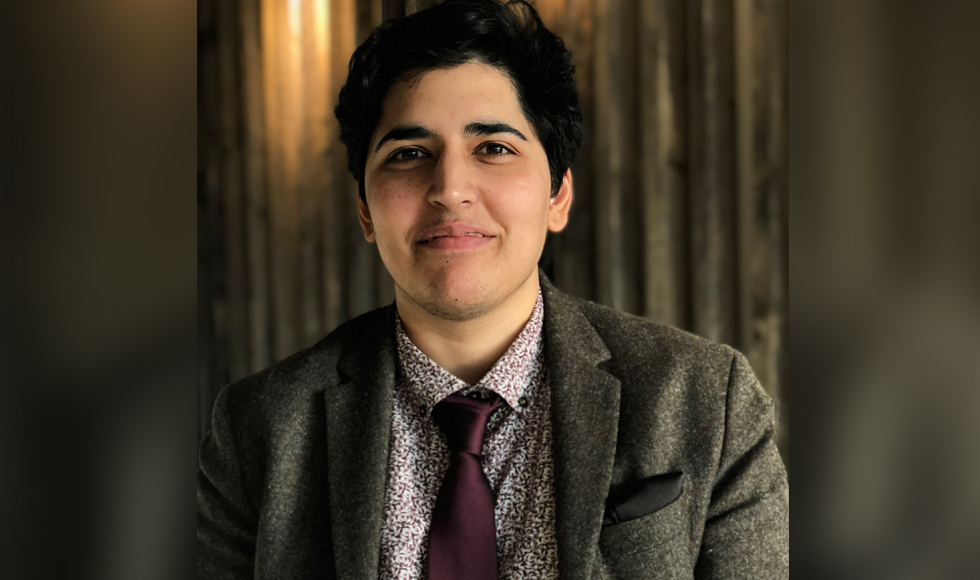 It was the call that resonated across Canada and beyond: Help support young, resilient university students enduring hardships to get a top-quality education.

Within 10 days, a $40,000 commitment to create a new scholarship for engineering students at McMaster University grew into a $300,000+ endowed fund with more than 40 start-up founders, CEOs, world-leading scientists, engineers, economists, including astronaut Chris Hadfield and Twitter chairman Patrick Pichette, contributing to the effort.

When Sennik (B.Eng. ‘08) was an engineering physics student at McMaster, she was a keen student and a leader on the rugby field. It was also during her university years that she openly embraced her identity as a gay, gender-fluid person of colour.

Sennik has gone on to thrive in her career, from leading consulting teams at Hatch to transforming the growth of CDL, but she understands that personal obstacles and off-ramps can discourage students from completing their studies and starting their careers.

This is what inspired her to give back to support future students at her alma mater – and it’s Sennik’s own resilience which inspired a fleet of colleagues to match her generosity.

The Sonia Sennik Resilience Fund at McMaster University will award an annual $8,000 entrance scholarship for an Engineering I student “who has shown grit and strength of character in their life – whether that’s at school, at home, on the athletic field, or in their creative pursuits.”

Eight was Sennik’s rugby jersey number, which she wore as she earned the 2004 OUA All-Star title and served as captain of McMaster’s varsity women’s rugby team.

Sennik’s $40,000 gift to McMaster University was intended to fund five students over five years. When her colleague and mentor Ajay Agrawal — founder of CDL and Geoffrey Taber Chair in Entrepreneurship and Innovation at the University of Toronto’s Rotman School of Management  — learned of Sennik’s gift, he decided to support the funding of an additional Sonia Sennik scholar by donating to the fund.

In an email celebrating Sennik’s character and achievements, he invited the CDL Family to do the same.

Since the initial email, more than 40 of Sennik’s colleagues, friends and family have decided to contribute to the Sonia Sennik Resilience Fund, with more donations still arriving. The additional gifts, totaling more than  $300,000, will help fund Sonia Sennik scholars for decades to come.

This news was shared with Sennik at a surprise meeting on Dec. 17 with her CDL colleagues, members from the Faculty of Engineering and those who generously supported her gift.

“Amongst all the things we were dealing with – running CDL through a global pandemic, developing new streams at several CDL sites, and launching the CDL Rapid Screening Consortium to help reopen the economy in a safe way – you were also thinking about how you can make a gift to support students who might be going through the kind of struggles that you went through when you were a student. Struggles brought about because of who you are, because you are different,” said Agrawal, who says he supports the fund because the world needs more resilient students – “more Sonia Senniks.”

“Sonia, I am so proud to have my name anywhere affiliated with you,” said Chris Hadfield, the first Canadian commander of the International Space Station and a CDL-Toronto Fellow in the space stream.

“There is nothing more delightful and personal than a group of people getting together and creating something in the air that didn’t use to exist,” he said. “I am so honoured to be part of the Sonia Sennik Resilience Fund. Thanks for everything you do.”

One by one, Sennik’s colleagues from around the world shared how her resilience inspired them to support the fund.

“I’ll be thinking about this moment for the rest of my life. I can’t possibly express enough gratitude,” said Sennik, speaking through tears. “Thank you from the bottom of my heart, and thank you in advance from all of the students that this is going to help – kids like me.”

The award, given to any engineering student of any identity, acknowledges what they have already achieved and invests in their future success.

“Sonia, you are a true champion for our vision of McMaster Engineering’s future and what we are trying to achieve – inspiring global citizens who will change the world. This vision started with students like you. Those who are bright, ambitious, agile risk takers, looking to add value in society,” said Ishwar K. Puri, dean of Engineering, to Sennik during the live call.

“Not only are you a true champion of our vision, but your gift will help a whole new generation of innovators who like you, want to make a difference.”

Since Sennik joined Creative Destruction Lab in 2017, she scaled the operations of the company from a small Canadian not-for-profit organization into a global leader with operations in the United Kingdom, France and the United States.

“Sonia has made a tremendous impact, both during her time at McMaster and throughout her remarkable career,” said David Farrar, McMaster’s president and vice-chancellor. “With this gift, amplified by her generous colleagues and friends, Sonia has made yet another extraordinary contribution, one that will inspire and support our students for years to come.”