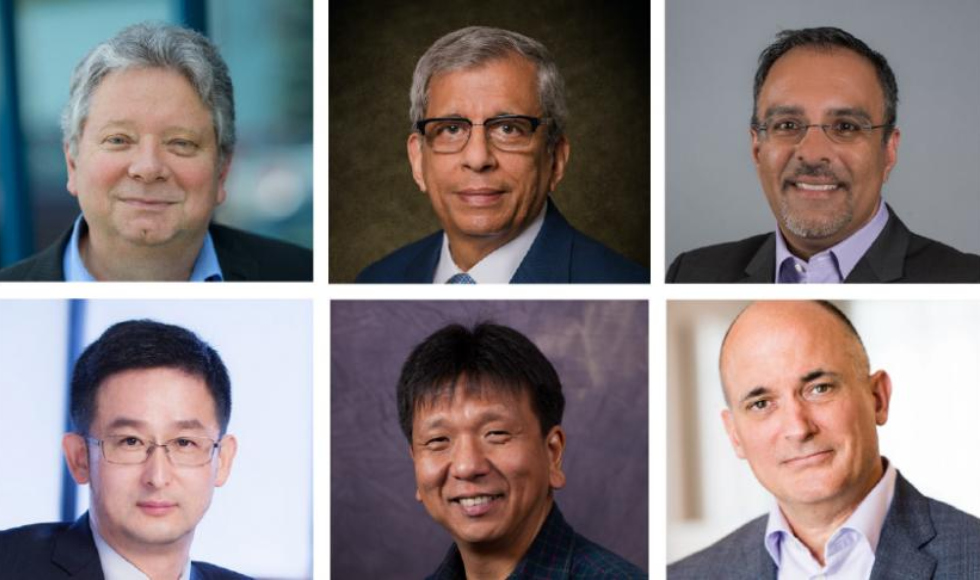 This year, six McMaster Engineering alumni join a community of highly accomplished engineers as Fellows of the Canadian Academy of Engineering (CAE).

“My deepest congratulations to this year’s Fellows for your well-deserved recognition from the CAE,” says Ishwar K. Puri, dean and professor, who was inducted as a Fellow of the CAE in 2017. “I am privileged to work alongside these distinguished engineers, each who are part of the McMaster Engineering community, first as students, and now by continuing to create lasting impact as professionals and mentors.”

Fellows of the Academy are elected for their distinguished achievements and career-long service to the engineering profession and are committed to ensuring that Canada’s engineering expertise is applied to the benefit of all Canadians.

““Over the past 33 years, Fellows of the Academy have provided engineering leadership in the fields of education, infrastructure, innovation and many more. We expect the new Fellows to expand upon these contributions to the prosperity, well-being and sustainability of Canada and its people.

“The new Fellows apply engineering principles from widely varying backgrounds, from Industry, Academe and Government, but they all have in common the demonstrated desire and ability to go beyond the normal practice of engineering and serve as role models in their fields and to their communities,” says CAE President Yves Beauchamp.

Letters of inspiration pour in to welcome the Class of 2024

Since 2018 McMaster’s alumni association has reached out to alumni each year to send inspiring words to the incoming class of students. This year, the alumni association is donating $1 to the Access Strategy Fund for every piece of advice.

"What I worked on back then at McMaster is what I’m using to develop the vaccine today after appropriate modification of the virus genes using modern biotechnology.”