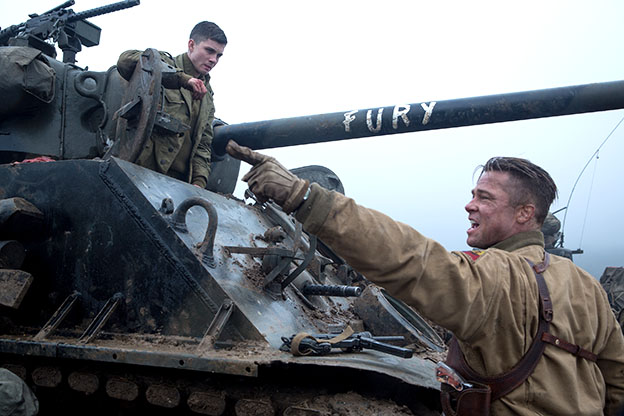 Fury sees the Hollywood star play U.S. Army Staff Sergeant and tank commander Don Collier, who leads his crew into Nazi Germany during the last month of the war in Europe.

Critics have noted the film’s historical accuracy, which includes details such as a copy of an original map of Hannover, Germany, provided by McMaster.

Producers contacted map specialist Gord Beck months ago, and the University’s contribution to the film is noted in its credits.

The movie grossed $8.8M Oct. 17, its opening day, and topped the box office its opening weekend.

McMaster’s map collection is home to a variety of rare and historical maps, including an extensive set of First World War trench maps.