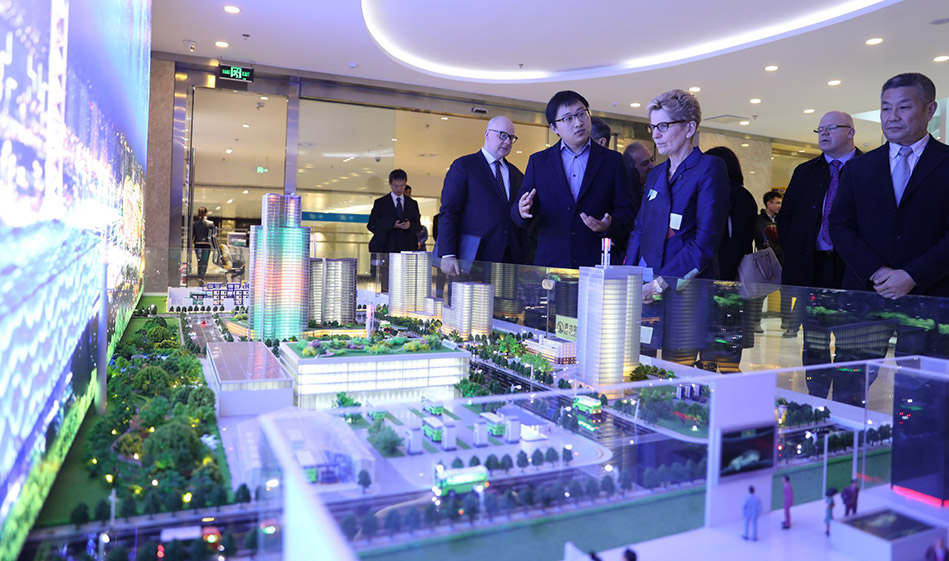 The first is a $5 million agreement with Dajiang Environmental Corporation to research, develop and commercialize smart water technology and related sensor technologies. Dajiang will be setting up a subsidiary at the McMaster Innovation Park to focus on collaborative research and technology development.

The agreement was based on technology developed by the MacWater Diagnostic Research Initiative, which received funding from a variety of sources including NSERC and the provincial Ministry of Research, Innovation and Science.

As well, last week the University announced that it will launch a start-up company to manufacture an advanced battery cell tester for electric vehicles, which was developed in partnership with the Beijing Institute of Technology and Chinese industry partners. The ongoing collaboration with BIT was established by McMaster delegates who accompanied the Premier’s first trade mission to China in 2014.

According to the provincial government, bilateral trade in science and technology between Ontario and China totalled nearly $18 billion in 2016 – almost 50 per cent of the total two-way trade between the two regions.