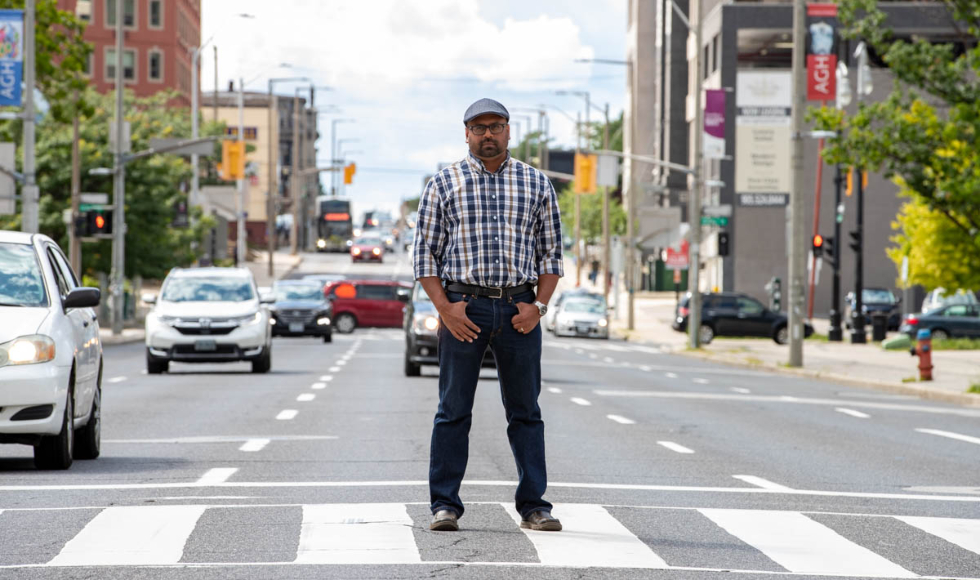 McMaster is working with city and community partners to help set a renewed vision and direction for the Hamilton Anti-Racism Resource Centre.

Ameil Joseph, an associate professor in McMaster’s School of Social Work, analyzed the year-one data for the HARRC and presented it at a recent public consultation meeting organized by the City of Hamilton.

The centre, which was opened by the City of Hamilton, McMaster and the Hamilton Centre for Civic Inclusion in April 2018, had been paused by the three partners this February to review and improve its structure and governance.

The HARRC service data, along with data collected from an online survey led by the City of Hamilton on experiences of racism and use of support services, provides important considerations for its relaunch.

The Centre’s role had originally been to gather information regarding racism-related issues in Hamilton, as well as provide resources for those affected by racism or hate crimes.

Of 575 respondents to the city-led online survey, 79 per cent said they had experienced or witnessed racism in the past year, and 82 per cent said racism is an issue in Hamilton.

“We saw anti-black racism and anti-Semitism and Islamophobia as the top reported kinds of racism that people are experiencing as well as people mostly reporting from a certain age group around the age of 30,” Joseph said in an interview with Global News.

“What they described was racism at individual levels in city services and schools and college and university and health care, and even in trying to access housing in public spaces.”

The centre dealt with 75 individual complaints, conducted 17 seminars and had 46 consultations with community groups and agencies while it was open.

“The data from the online survey reinforces that racism is indeed an ongoing concern in the City of Hamilton,” says Arig al Shaibah, McMaster’s associate vice-president of equity and inclusion. “There is a need for the types of services offered by the Hamilton Anti-Racism Resource Centre. We will continue to collaborate to support Centre renewal efforts to ensure it will meet the needs of the community.”