McMaster celebrates its Fellows of the Royal Society of Canada 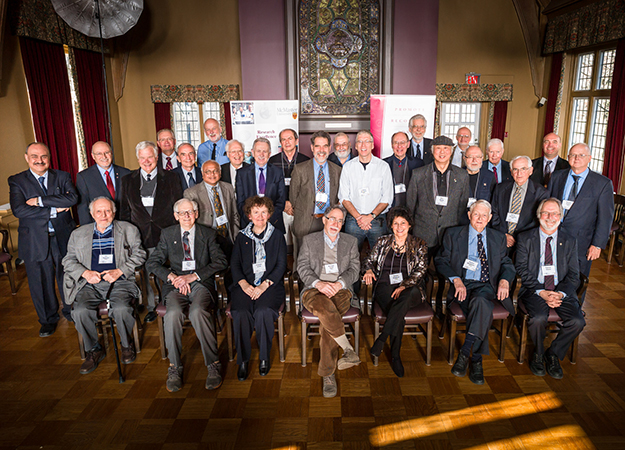 More than 30 of McMaster's 63 Fellows of the Royal Society of Canada attended a reception last week honouring their many achievements.

Over the last five decades, 80 members of the University’s research community have earned one of the country’s highest academic accolades available to leading intellectuals, scholars, researchers and artists – election to a Fellowship in the Royal Society of Canada (RSC).

Founded in 1882, the RSC is a senior national body of distinguished Canadian academics comprised of more than 2,000 Fellows – men and women who are selected by their peers for outstanding contributions to the arts and humanities, social sciences and science.

The RSC’s current president, Yolande Grisé, saluted the McMaster Fellows’ accomplishments and their commitment to excellence, creativity, interdisciplinarity and innovation.

“This remarkable track record of recognition is evidence of this institution’s success in nurturing high-quality, high-performing scholarly, artistic and scientific excellence,” she said.

McMaster currently has 63 Fellows within the RSC’s three academies: Academy of the Arts and Humanities (four Fellows), the Academy of Social Sciences (11 Fellows) and the Academy of Science (48 Fellows).

“You represent well over a millennium of contribution to research and the academy, collectively sharing your knowledge with several generations in an effort to enhance societies near and far,” said Deane, in his tribute to McMaster’s Fellows.

Below is a list of McMaster University’s current Fellows of the Royal Society of Canada including each Fellow’s designated Academy, year of election and their individual discipline.