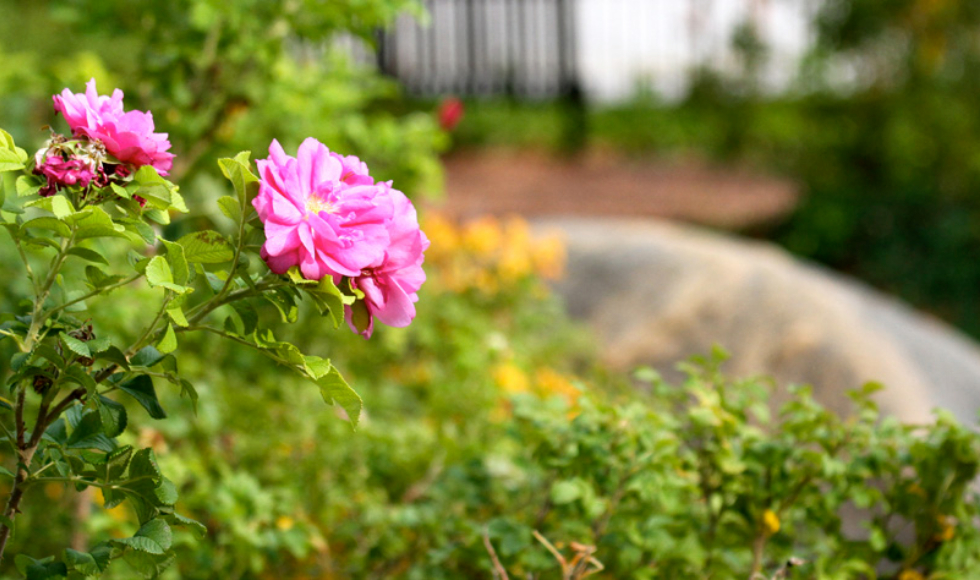 No matter the form, the focus of McMaster’s five campus memorials is clear: to remember. To educate. To tell a story, no matter how sad.

Here are their stories. Purpose: In remembrance of murdered and missing Indigenous women across Canada.

Inscription on plaque reads: In honour of our missing and murdered Indigenous mothers, grandmothers, daughters, sisters, aunties, nieces, cousins, partners, and friends. Your families, communities and nations will tell your stories.” Purpose: To commemorate the 14 female engineering students who were shot and killed by a gunman at l’École Polytechnique in Montreal on December 6, 1989.

Dedication date: December 6, 1990, at the one-year anniversary of the massacre.

Initiated by: The McMaster Engineering Society. Purpose: On August 9, 1991, Nina de Villiers was abducted and murdered while jogging in Burlington by a man with a long history of violence. The rose garden and commemorative stone were placed in memory of de Villiers, who was a McMaster student, in 1993. It is a tribute to Nina and others whose tragic and untimely deaths have touched the hearts of the McMaster community.

Inscription reads: The Nina de Villiers Garden. Dedicated on September 15, 1993 to Nina de Villiers, McMaster student 1990-91. A joint effort of McMaster University, McMaster Students Union and many friends, this garden is a symbol of our commitment to harmony and respect of all. As the garden renews itself, let it remind us of what we can do to make the world a better place. Location: Plaque/photograph in lobby of Ivor Wynne Centre, and a tree, rock and bench in front of Bates Residence.

Purpose: In remembrance of Joan Heimbecker (1968-1994) who was a graduate student in the department of kinesiology and was a victim of domestic violence on campus. In addition to the plaque and photograph, there is an annual charity hockey game and a memorial scholarship. Inscription reads: Dedicated on December 12, 2002. In loving memory of all students who have passed away during their time at McMaster. As each seed grows, a recollection is placed within each of us. Our hearts have been touched by your warmth. You have helped us grow. And in your memory, we remain grateful you came into your lives.

A commemorative event for the National Day of Remembrance and Action on Violence Against Women recognizing Missing and Murdered Indigenous Women will be held tomorrow from 11:30 a.m. to 1:30 p.m. in the Community Room (1003) in L.R. Wilson Hall.

Throughout the day, posters honouring Missing on Murdered Indigenous Women will be on display in the Ceremonial Room of the Indigenous Studies program (L.R. Wilson Hall). Red dresses will be hung from trees around campus.