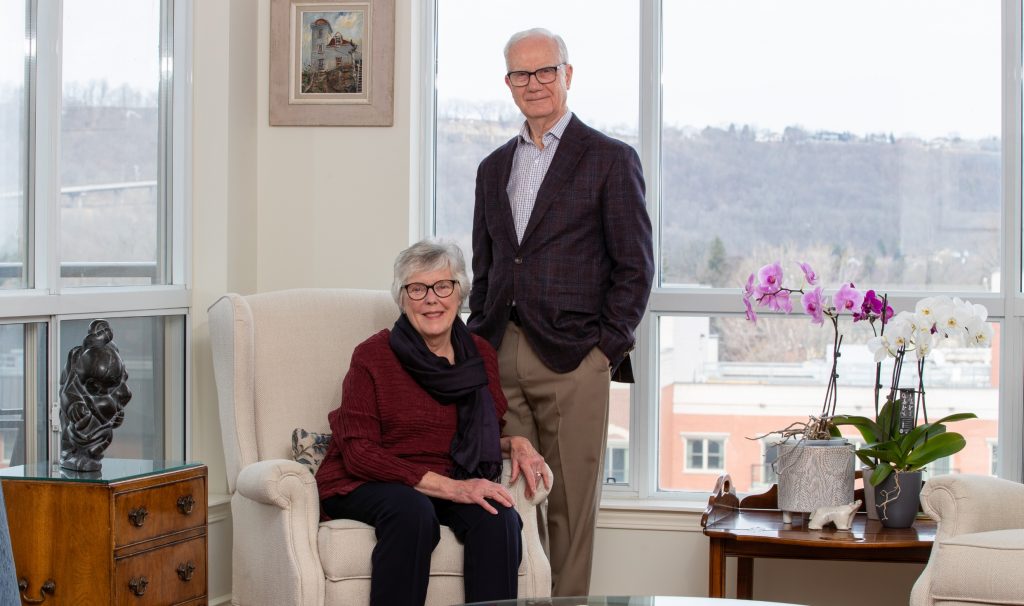 A generous donation from economics professor emeritus Byron Spencer and his wife, Flora, will establish the Spencer Family professorship in economics.

Byron Spencer has been an active member of the McMaster community for more than 50 years—first as a faculty member and now as a friend, professor emeritus and donor.

The donation will enable McMaster’s economics department to recruit an experienced researcher with an established research portfolio to join the Faculty of Social Sciences. As part of the professorship, the holder will receive an annual research allowance with which to pursue an ambitious research agenda.

“We hope and trust this new professorship will have a lasting positive impact on the Department of Economics and will support the advancement of empirical microeconomic research in Canada,” said Spencer.

Spencer began his academic career with McMaster’s department of economics in 1966, while completing his doctorate at Rice University.

During his 51-year tenure, Spencer was critical in advancing scholarship in the department. He authored or contributed to 48 books and more than 100 research articles and working papers. Spencer also helped establish McMaster’s partnership with Statistics Canada, serving as the inaugural academic director of the Statistics Canada Research Data Centre at McMaster and, for some years, as the principal investigator of the Canadian Research Data Centre Network.

Spencer’s innovative, interdisciplinary approach to economics research earned him national acclaim and distinguished him as one of Canada’s leading economic demographers.

In 2011, he was awarded the Vanderkamp Prize for the paper “Age of Pension Eligibility, Gains in Life Expectancy, and Social Policy,” with McMaster colleague Frank Denton, now economics professor emeritus.

Two years later, Spencer received the Mike McCracken Award for Economic Statistics from the Canadian Economics Association in recognition of his contributions to the development of economic statistics.

Jeremiah Hurley, dean of the Faculty of Social Sciences and a fellow economics professor, reflected on Spencer’s many contributions to economics at McMaster.

“Byron Spencer helped position McMaster’s department of economics as a leader in empirical, policy-oriented economics,” Hurley said. “Throughout his career, Byron was a thought leader, modelling inter-disciplinarity and research innovation for the rest of us in the department.

“We’re most grateful for this generosity from Byron and Flora and appreciate the opportunity to recognize Byron’s important contributions to the field of economics through this professorship.”

After retiring from McMaster in 2017, Spencer continued to advance economics research, first through his appointment as the inaugural research program director of the Canadian Research Data Centre Network in 2017, and now with the establishment of the Spencer Family Professorship in Economics.

“We are thrilled to welcome the Spencer Family Professorship holder to economics,” said department chair Marc-André Letendre. “The Spencers’ generous gift will enable us to attract top economics scholars from around the world to Hamilton, further establishing McMaster as a leader in economics research and education.”

Hurley said the search for the inaugural candidate is underway. The candidate will have a focus on applied and empirical microeconomics, with an interest on research relating to the Canadian experience.

McMaster projects will ‘shock-proof’ the future of Canadian industries