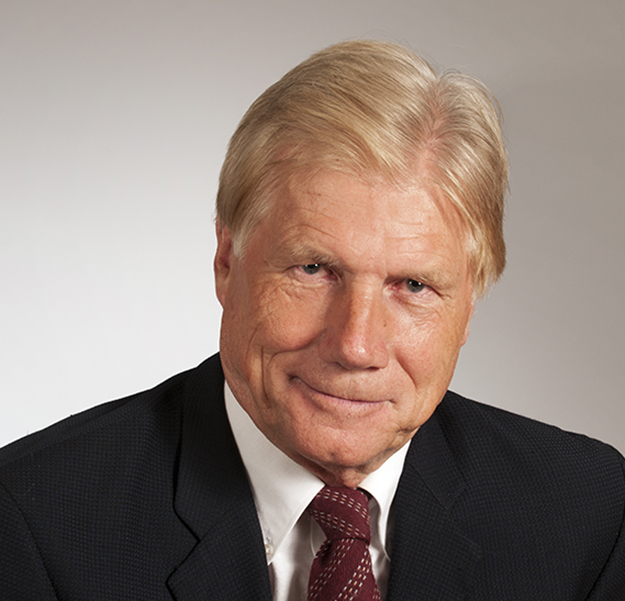 Globe and Mail public affairs columnist Lawrence Martin, a McMaster graduate from the Class of 1969, will be in Hamilton Oct. 22 to deliver a lecture on Soviet hockey as part of the AGH BMO World Film Festival. Lawrence's talk will follow a screening of the award-winning documentary film Red Army, which chronicles the rise and fall of the Soviet hockey dynasty.

Lawrence Martin doesn’t just understand Soviet hockey. For three years during the mid-late-1980s, he lived and breathed it.

Martin, a McMaster alumnus and former editor at The Silhouette, was stationed in Moscow during the twilight of the Soviet Union, working as a bureau chief for The Globe and Mail while witnessing the slow decline of the legendary Red Army hockey team.

He’ll be in town Oct. 22 to deliver a public talk on the key differences between Canadian and Red Army strategy, as well as our lasting fascination with the Soviet style of play.

“The Red Army always emphasized a team concept,” says Martin, who earned a political science degree from McMaster in 1969.

“They played in five-man units and favoured a tic-tac-toe passing style. But they could never bring the emotional intensity that Canadian teams could.”

The 2014 documentary examines the link between hockey and politics during the height of the Cold War, as well as the growing interest in scouting Russian players for NHL clubs as the Soviet Union began to crumble.

In one particularly telling sequence, Soviet right winger Andrei Khomutov requests to leave the team’s camp to visit his dying father. The request is immediately denied.

“[Tikhonov] was a man consumed by hockey,” Martin writes in his 1990 book The Red Machine: The Soviet Quest to Dominate Canada’s Game.

“For him it was like gambling or alcoholism, an addiction. He had to win and win again — and keep winning.”

Martin, who appears in the film, cites this militaristic approach as one of the main factors that drove many players to seek refuge in North America.

“Had Tikhonov been more lenient, the players wouldn’t have been so eager to leave,” he explains.

Defenceman Viacheslav Fetisov, who captured Stanley Cups with the Detroit Red Wings in 1997 and 1998, was one of the first Soviet hockey players to lift the Iron Curtain.

Fetisov was granted permission to play for the NHL’s New Jersey Devils in 1989, at the age of 31, following years of bitter conflict with his coach and political unease on both sides of the Atlantic.

Many other skilled players were not so lucky.

Vladislav Tretiak, regarded by many hockey analysts as the greatest goaltender of all time, was drafted by the Montréal Canadiens in 1983. Like Fetisov, he was also 31 by the time an NHL club rolled the dice on a Soviet draft pick. He never faced a single shot in the league.

Still, off the ice, Red Army players lived a much better life than most citizens. Many players believed wholeheartedly in the strength of their political and cultural systems, even as most Russians struggled to make ends meet, Martin adds.

“There were no goods in the department stores. People had to line up for hours just to get rubber boots. There were no cash registers. People were still using abacuses,” he explains.

Born and raised in Hamilton, Martin joined The Globe and Mail as a reporter in 1974.

After earning a Master’s degree in public administration from Harvard University in 1983, he opened The Globe‘s first bureau in Moscow in 1985. He also served as the paper’s bureau chief in Montréal and Washington, D.C.

He has written 10 books throughout his storied career — including a two-volume biography of Jean Chrétien; a biography of former Pittsburgh Penguins star Mario Lemieux; and The Presidents and the Prime Ministers: Washington and Ottawa Face to Face.

He continues to file columns for The Globe from his current home in Ottawa.

The Oct. 22 screening of Red Army will begin at 7 p.m. in Landmark Cinemas, followed by Lawrence’s talk and a Q&A.