Landing in the right place 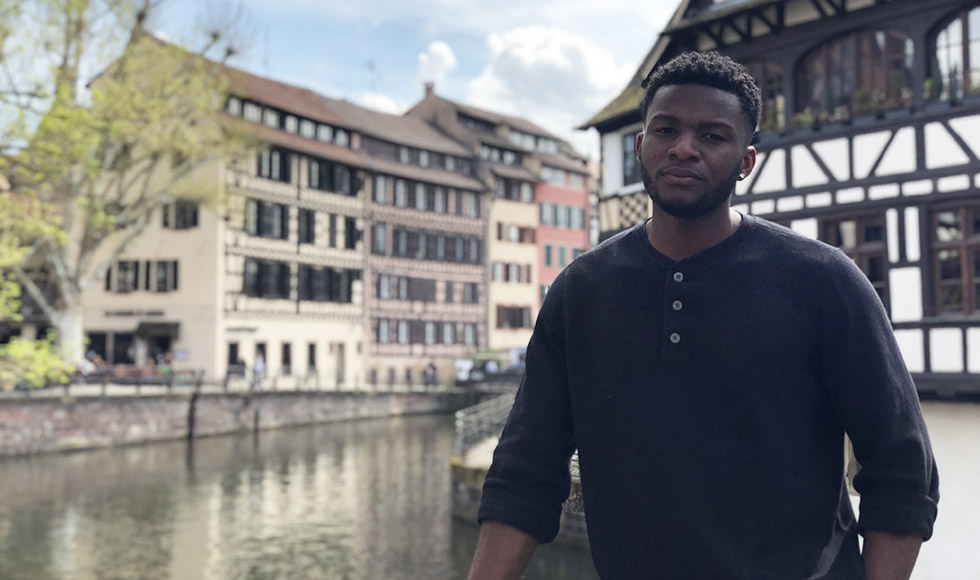 Growing up, he was fascinated by astronauts. He also wanted to be a doctor. But could he find a career that combined medicine and space?

When he began his studies at McMaster in 2013, Kwasi Nkansah ’17 had no idea that his interactions with professors and other mentors would help him find exactly that career.

Nkansah spent his first year, like most students, taking a mix bag of courses. In his second year he met with one of his professors, Jonathon Stone, associate professor of biology, who helped steer him towards Life Sciences with a specialization in bio-physiology. His electives were in astronomy and physics.

In the summer of second year Nkansah took a research position in Grant McClelland’s lab in the department of biology. There, Nkansah looked at extreme conditions in which an organism can survive. Conditions such as extreme cold and low oxygen environments –  both applicable to space. That experience only strengthened his interests.

“Raffi told me to apply to the International Space University in Strasbourg, France,” says Nkansah. “He inspired me to pursue a career in space medicine so that Canada can continue to have a strong role in that field.”

After graduating with a Science degree in 2017, Nkansah followed Kyuymjian’s advice and was accepted at the International Space University. One of four Canadians enrolled in the Master’s of Space Study program, he is now on a six-month internship at the European Astronaut Centre in Cologne, Germany.

The end goal for Nkansah is to become a flight surgeon. A term, he says, that is a misnomer.

They do not, in fact, perform any surgery.

“A flight surgeon’s role is to care for both the medical and psychological state of astronauts,” explains Nkansah. “Whether astronauts are in space or on Earth, their mental and physical well-being is important.”

Throughout a mission in microgravity, astronaut cardiovascular fitness declines, but it is not fully understood why.

In his internship in Germany, Nkansah takes part in a study to address those concerns by testing new methods and devices to accurately and non-invasively track an astronaut’s heart in space.

“This is important to us because astronauts perform activities outside of the space station that requires above average levels of fitness.”

Astronauts need a fully functional cardiovascular system for re-entry to normal gravity on Earth so that they can escape the vehicle in the case of hazards like fire or water.

The devices will provide a better understanding of why cardiovascular fitness declines in space and how to keep astronauts at optimal health. Eventually, these devices could be used on the International Space Station.

It’s worthwhile to invest in space research, says Nkansah. He points to many parallels between what’s being done in space and down here on Earth – LED technology, telemedicine, and Canadarm technology for robotic surgery, to name a few examples.

“People should pursue their goals and not be dissuaded if their interests seem too niche. If you speak to the right people and you work hard, you’ll find your place.”