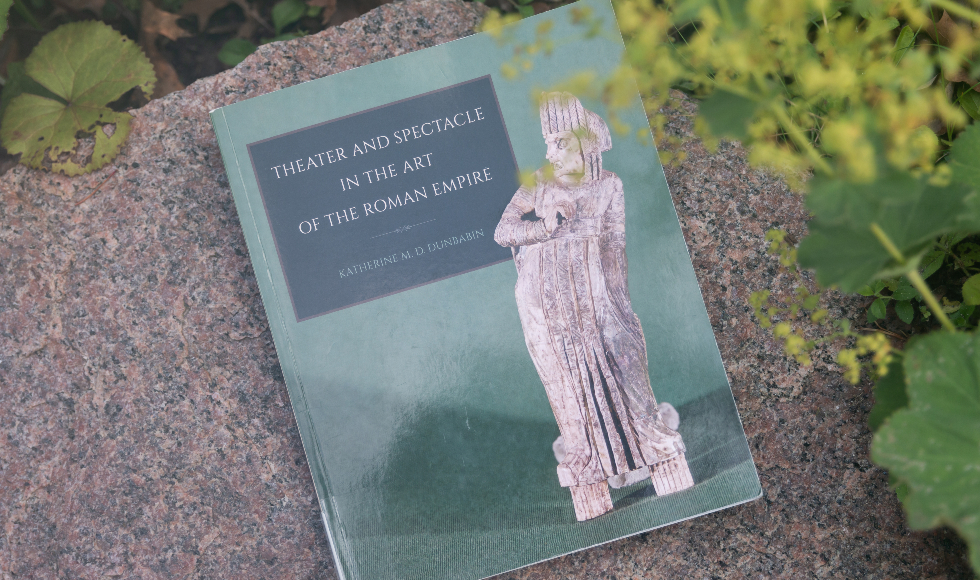 Professor emerita Katherine Dunbabin's latest book, Theatre and Spectacle in the Art of the Roman Empire, came out in 2016. Photo by Sarah Janes.

A professor emerita from McMaster’s department of classics has been elected a fellow of the British Academy.

Katherine Dunbabin, an archeologist who specializes in Roman art, published her first book, The Mosaics of Roman North Africa, in 1978 — a time when there was little research into Roman art in English. She has since published extensively on the intersection of Roman mosaics and Roman social culture.

Her most recent book, Theater and Spectacle in the Art of the Roman Empire, was published in 2016.

The British Academy fellowships recognize achievements in the humanities and social sciences. Dunbabin, who retired from McMaster in 2006, is one of 76 academics who have been named fellows this year. Past fellows include Sir Winston Churchill, poet Seamus Heaney and author C.S. Lewis.

“Whether it is climate conservation or the aging society, the rise of artificial intelligence or social cohesion, our new Fellows’ wealth of expertise means the Academy is exceptionally well placed to provide new knowledge and insights on the challenges of today. Their work has opened rich new seams of understanding and discovery, offering new perspectives on long-standing and emerging challenges alike.”