Jennifer Bennett: Rear-Admiral and tireless advocate for women in the military 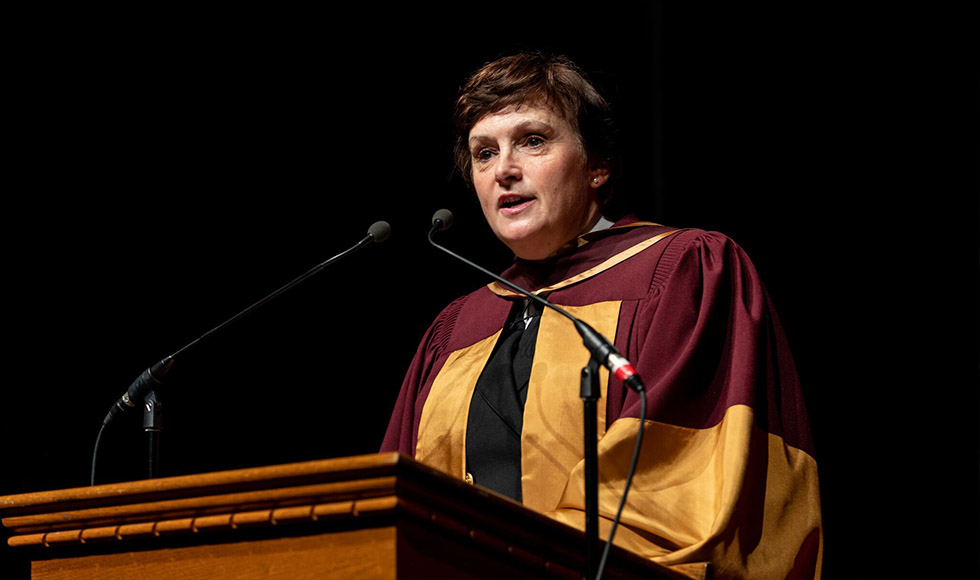 Jennifer Bennett was involved with the naval reserves even as an undergraduate at McMaster — a journey that has led her to becoming the Royal Canadian Navy’s first female rear-admiral and its senior-ranking woman.

Graduating from McMaster with a degree in physical education in 1981, Bennett went on to Queen’s to get a Bachelor of Education, then worked as a teacher and administrator at elementary and secondary schools in Ontario and British Columbia — all the while working with the Canadian Naval Reserve.

Bennett has been a powerful advocate for women in the armed forces for the last decade, first as the National Champion for Women in Defence, then as director general for the Canadian Armed Forces’ Strategic Response Team on Sexual Misconduct, which supported Operation HONOUR in Ottawa. That position involved establishing a new structure in order for the armed forces to respond more effectively to complaints of sexual misconduct.

She was named one of Canada’s Top 100 Most Powerful Women and, in 2013, was promoted from officer to commander in the Order of Military Merit, the military’s highest honour recognizing outstanding meritorious service and demonstrated leadership in duties of great responsibility.

Currently, Bennett is director general, litigation implementation at the National Defence headquarters in Ottawa, leading the implementation of settlements for former members of the CAF who were affected by the LGBTQ purge in the Canadian government between the 1950s and 1990s.

She receives her honorary doctorate in the same year that the physical education (now kinesiology) program celebrates its 50th anniversary at Mac.