“It’s always good to know someone from your hometown in an unfamiliar country.” 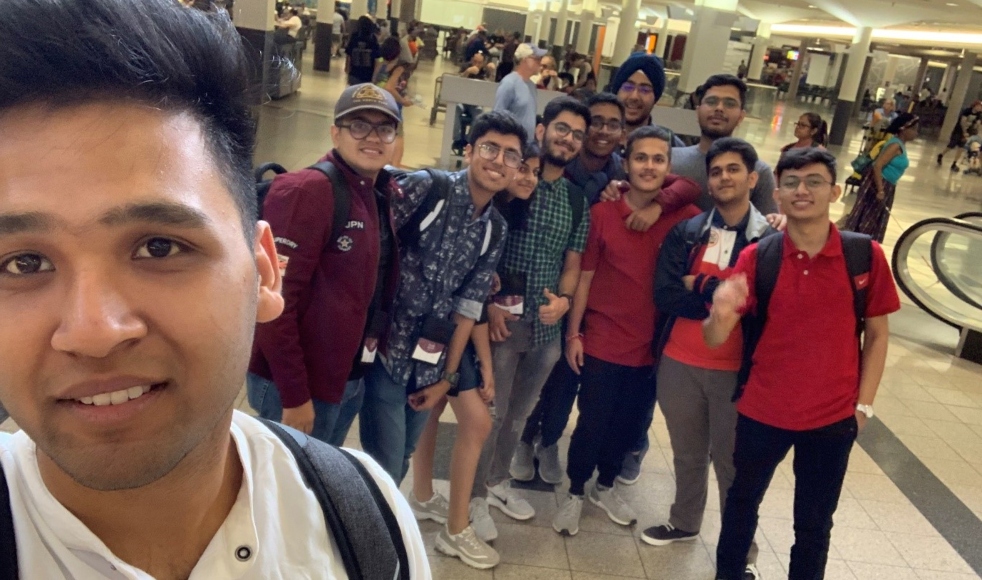 Preet Parikh and other international students at Jackson Square in Hamilton during orientation in 2019.

Preet Parikh, an engineering student from India, had 30 friends at McMaster on his very first day of school — even though he was in a new country, and had never met anyone from the school face to face.

That’s thanks to a series of webinars held every year by the Student Success Centre, designed to build community and connection for international students before they arrive in Canada.

“I read an Indian name in the chat box [during the webinar] and started a conversation with him,” he explains. “We exchanged our social media platforms and became friends. I made a group chat and after three webinars, there were 30 students from India going to Mac, getting to know each other beforehand. So everyone had a friend from the very first day at Mac.

“It is always good to know someone from your hometown in an unfamiliar country.”

Online resources have been an essential part of international student support at Mac for the past few years – but in the wake of the COVID-19 pandemic, creating a sense of community online before students come to McMaster is more important than ever.

To keep international students informed and provide them with a warm welcome, the registrar’s office and Student Success Centre use online formats like Zoom webinars, Facebook Live streams, Facebook groups, YouTube and other social media platforms. The Student Success Centre and the School of Graduate Studies manage an app for incoming international students to support their pre-arrival and basic settling needs.

“In the pre-orientation webinars, we focus on early awareness of the supports and services on campus, as well as Canadianisms that are often assumed as common knowledge such as tipping, preparing for winter and class participation.”

This year’s International Student Summer Webinar Series will take place from May to August 2020.

More webinars will be announced in the coming weeks. For more information, including times and registration, visit the SSC’s international student services website.