‘Is #WeTheNorth a reference to the Underground Railroad?’ 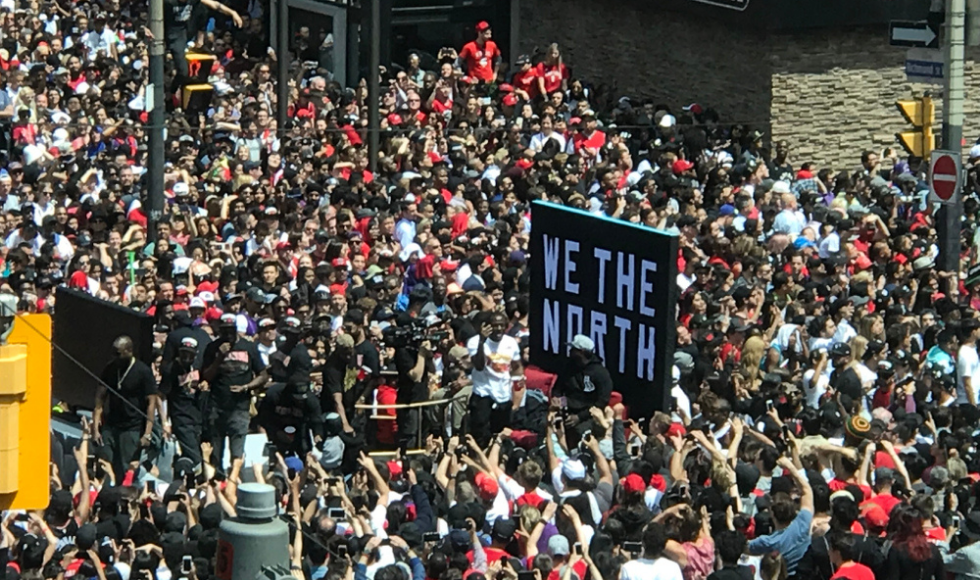 BY Lisa Gurusinghe, Faculty of Humanities

Lyndsey Beutin taught classes about slavery and settler colonialism in the US before moving to Hamilton to join the Communications Studies and Media Arts department in 2019. Now, her research interests, which focus on public memory of slavery and abolition and how the memories of slavery get used in contemporary social and political discourse, have inspired her to develop a new course called Public Memory, Media and African Diaspora Studies.

Explaining what helped shape the third-year course, Beutin says she is finishing her first book, which explores campaigns against human trafficking, often referred to as modern-day slavery, and the trafficking abolitionists who call themselves the new conductors of the Underground Railroad.

“Unfortunately, most of the solutions that these groups propose to ending trafficking are actually based on incarceration, criminalization and border patrol – things that we would think of as counter to challenging systems of oppression – and yet they’re calling themselves the new abolitionists and the underground railroad,” she says. “I’m interested in how these histories get re-remembered.”

A second project involves thinking about some of the same questions except in relation to land, and how memorializing Black histories can be done without reproducing graphic images of pain, violence and suffering.

To explore this issue in the course, Beutin explains, students will look at memorials like the National Memorial for Peace and Justice in Montgomery, Alabama, where one of the ways victims of racial terror lynching are remembered is through canisters of dirt collected from lynching sites. “I thought that that was very much in line with my thinking about how you represent the violence without reproducing the violence.”

Students will be introduced to the idea of public memory as a concept and an important part of communication studies as a field.

“Public memory is the study of how the past pops up in the present: anytime there’s a historical reference that comes up, whether it’s a metaphor or historical marker or the battle over a monument being put up or removed, it is both about history and about the political questions facing the present,” she says. “We draw on these historical moments, we resuscitate them, we change them to actually work out the political debates in our present time.”

In promoting the course, Beutin included the question, “Is #WeTheNorth a reference to the Underground Railroad”? And while there’s no evidence that it definitely is, Beutin says that with that provocation, she’s inviting the students to think through, share their perspectives, and debate around this idea that the Underground Railroad shapes Canada’s sense of itself.

“I thought #WeTheNorth was so both abstract and compelling at the same time and one of my initial reactions was this is a reference to the Underground Railroad,” she explains. “Why is the north that good thing, why would we want to be the North, why is the north something that stands as a symbol of unity or of goodness?”

She says that she’s hoping students will think about how references to Black history and freedom are embedded in language that communicates ideas about what Canada means as a nation: the last stop on the Underground Railroad in opposition to the brutal US. However Beutin adds that the national branding also works to obscure Canada’s own anti-Black racism and the histories and present of Black struggles for freedom here.

“Part of the question is not necessarily to argue that #WeTheNorth is a reference, but to get students thinking about how these public memories can shape things often in ways we don’t even realize,” Beutin says.

The course also takes a closer look at public spaces including the removal of confederate monuments in Virginia, where the cities of Charlottesville and in Richmond took two (very) different approaches. Students will also examine performance art such as the re-enactment of a slave rebellion in Louisiana by the artist Dread Scott, which pushes back against plantation museums that do not capture this very important part of history.

Of course, students will also spend a lot of time considering Canadian sites.

“I want to make sure that we’re thinking quite a bit about Canada, where there are several Underground Railroad sites,” Beutin explains. “There’s also a new exhibition online from the Ontario Heritage Trust called Slavery to Freedom. We’ll be looking at these different representations of the history as well as thinking about how artistic practice can help us imagine freedom and resistance in new ways.”

The new course is open to any level three student who has completed CMST 1A03 or MEDIAART 1A03. Overall, Beutin says she’s hoping to help students understand how central the struggle for Black freedom is to all of North America.

“We’re mostly going to be developing critical and creative thinking skills. I also designed it in mind of supporting the African and African Diaspora Studies minor and that program – so students of all interests and backgrounds are welcome to participate.”

For more information on Public Memory, Media and African Diaspora Studies, go to the Communication Studies and Media Arts website. You can also read about the course on the CBC Hamilton website.

The university ranked 5th in Canada and 78th in the world overall in the 2021 Global Employability Ranking.