Golfing like a pro is all in your head 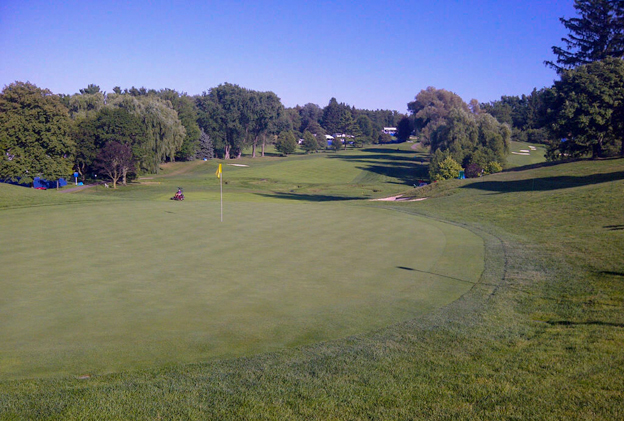 Tim Lee has a message for golfers preparing to take in the Canadian Open this weekend: practice how you play. Lee says the trick to truly becoming a better golfer - or acquiring any new motor skills - is to plan, execute and evaluate.

When it comes to golf, practice doesn’t necessarily make perfect – but perfect practice might.

Fans of the game are preparing to take in the Canadian Open at the Hamilton Golf and Country Club this weekend. Tim Lee, a professor of kinesiology who researches motor control and learning, says most of them don’t practice in a way that’s similar to how they play.

“Think about a typical driving range,” he says. “The lies are flat, you start with the ball in a spot that’s favourable, you grab a bucket of balls and hit 20 shots in a row with a 7-iron. What could be more different from the way you play the game?”

Lee regularly speaks to golfers looking to improve their game, and tells them about the “three Bs” of practice: biomechanics, behaviour and brain. It’s the last B, he says, that is often overlooked.

“You should prepare for a shot in advance, execute it and then evaluate it. Practice, and therefore learning, takes some mental effort,” he says. “Repetition, in the absence of planning and evaluation, will probably do very little for you.”

Lee also says instructional feedback from others is also important to becoming a better golfer, but that too much feedback can be a bad thing.

“You need to be able to evaluate your own swing,” he says. “If something is going wrong, you need to be able to understand what it is and how to fix it. You’re not always going to have someone standing over your shoulder telling you how to play, so you shouldn’t when you practice, either.”

Lee, a golfer himself, has found that common wisdom – even when endorsed by famous golfers such as Tiger Woods or Jack Nicklaus – isn’t always correct.

In 2008 he found that golfers who keep their heads perfectly still while putting – as Woods and Nicklaus say you should – may actually be doing themselves a disservice.

The experts, on the other hand, move their heads in the opposite direction to the putter, and reverse when the putter reverses.

Lee suspects the experts counteract the destabilization caused by the putter’s backswing with a forward motion of the head.

Although putting is the most frequently used stroke in golf, Lee says the most common question he is asked is about changing strokes altogether.

“The number one question I get is: Is changing a swing different than learning a swing for the first time? In other words, if you have someone who has never played the game, do you teach them differently than someone who has learned, but learned incorrectly?”

He says players trying to change their swings have to be aware of the bad habits they have picked up over time.

“Those new to the game have nothing to fall back on,” he says. “But otherwise, the role of practice and feedback is pretty much the same. There’s no real difference in the process of learning something new versus changing what you’re already doing.”