Geographer honoured by ‘the people who know my work best’ 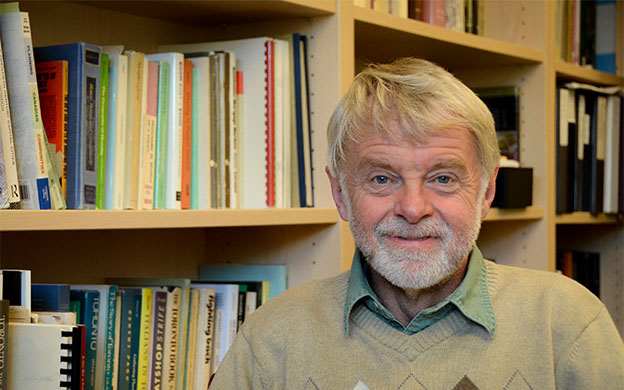 Richard Harris, a professor in the School of Geography and Earth Sciences, has been awarded the Canadian Association of Geographers' Award for Scholarly Distinction in Geography. Harris has published six books, nearly 100 peer reviewed articles and more than 150 book reviews.

Richard Harris, a professor in the School of Geography and Earth Sciences, has been awarded the Canadian Association of Geographers’ Award for Scholarly Distinction in Geography.

“This is meaningful because I am being recognized by my peers,” said Harris. “These are the people who know my work best, so it really is an honour.”

To know Harris’ work is to be familiar with nearly three decades of work. He has published six books, nearly 100 peer reviewed articles and more than 150 book reviews.

Harris has also received Fulbright, Guggenheim and Canada Research fellowships and was recently elected as a Fellow of the Royal Society of Canada and the Royal Canadian Geographical Society.

Harris’ past research topics include the history of housing, residential environments and suburbs in North America in the 20th century and housing policy in the British colonies in the late colonial period.

Currently, he is in the midst of a three-year Social Sciences and Humanities Research Council (SSHRC) funded study that investigates the social geography of Bombay and Calcutta around the turn of the 20th century. The study not only uses census data collected in 1901, but investigates how the information was collected.

He is also a member of a multi-national SSHRC funded team that is at the mid-point of a seven-year evaluation of global suburbanization in the 21st century.

Harris is looking forward to future research that will investigate the erosion of middle class neighbourhoods in Hamilton over a thirty-year period. He says this research, which is an extension of an earlier study looking at Toronto by researchers at U of T, will provide an interesting look at the changing social geography of Hamilton.

“The timing of this is going to show Hamilton downtown at its low-point. It will be interesting to look at the same area in ten years time with all of the changes that are taking place.”